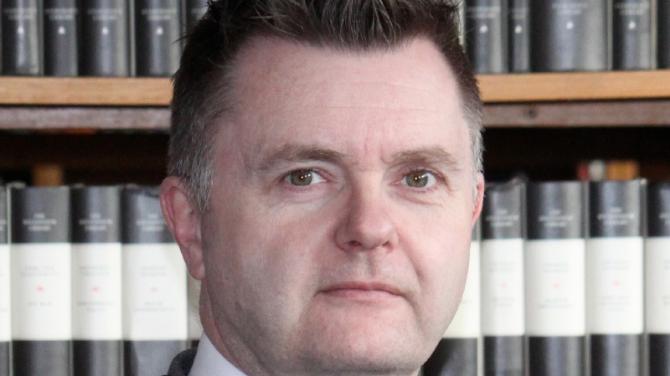 A NEW principal has been appointed to the Royal School Armagh.

Graham Montgomery, principal of Cookstown High School, will take up the post in September.

He succeeds Paul Crute who left in December 2017 to become principal of a new school in Dublin. The acting principal has been Alan Aitken.

A native of Portadown, and now living in Markethill, Mr Montgomery says he is delighted to have been appointed to lead a school right at the heart of his own community.

He said: "The Royal School has a special history and a unique place in our community.  I believe that while remaining a school for the local community it must never limit itself in vision or the opportunities it can provide to a wide range of pupils from far and wide.

”I am delighted to succeed Paul Crute and look forward to building on his achievements and working with governors and a strong staff team in leading the school into its fifth century.”

Mr Montgomery added there are many challenges facing the education sector, “not least of which is ensuring that we provide a rounded education which equips our young people to take their place in leadership in a rapidly changing world".

He says he is passionate about quality academic achievement and helping ensure that each pupil realises their potential. He also believes that good schools are those which provide a varied range of extra and co-curricular opportunities, enabling pupils to stretch themselves and act outside their comfort zone.

Mr Montgomery was educated at Portadown College and the Queen’s University of Belfast where he read politics and modern history. After graduation he remained at Queen’s and undertook a PGCE in order to fulfil his life's ambition to become a teacher.

In September 1995, he joined Friends' School Lisburn as a resident boarding master and taught history and government and politics. He served in various roles at Friends' including as a governor, head of year and latterly head of sixth form and senior teacher with pastoral responsibilities.

Mr Montgomery is chairman of the Southern Region Post Primary Principals Association, the executive of the Northern Ireland Branch of the Association of School and College Leaders and a member of the Chartered College of Teaching.