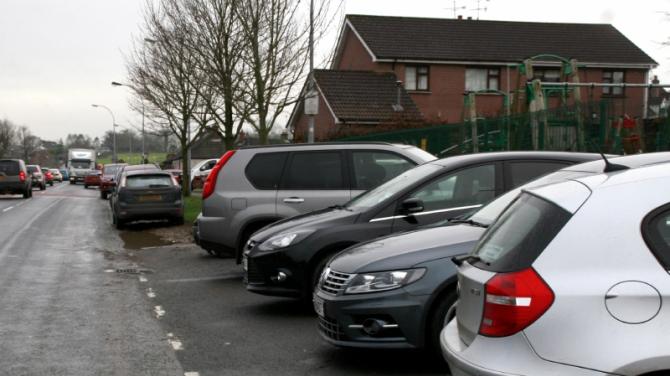 A local school principal has pleaded with irresponsible dog owners not to let their dog foul in front of his school.

Hamiltonsbawn Primary School Principal, Derek Hutchinson has said the issue of dog fouling close to the school is a growing problem especially since the darker evenings came in.

There have even been incidents when children have walked in dog mess and then either walked it into the school with them or into their parent’s vehicles as they get picked up at home-time.

“The problem is certainly getting worse now we have the dark nights,” said Mr Hutchinson.I have often had to go out with a shovel to clear the front of the school which is disappointing.

“I would appeal to dog owners in the area to take extra care when passing the school. I know it is only a tiny minority that let their dog foul without picking it up but it is something school children should not have to be faced with.”

Hamiltonsbawn Primary School is also working hard to educate their pupils on being responsible dog owners. The school invites both the council and the Dogs Trust to deliver informative talks each year on how pupils can best care for their dog in a responsible manner.

Mr Hutchinson revealed that the matter has been raised with ABC council who have agreed to operate CCTV cameras in the area as well as erect signage in an effort to leave irresponsible dog owners in no doubt that this kind of behaviour will not be tolerated.

Alderman Jim Speers said it is disgraceful that some dog owners can’t be more responsible by lifting their dog’s mess and disposing of it in the correct manner.

“There are plenty of bins along this route so people have no excuse,” said Mr Speers.

“I would hope that the cameras will catch whoever is behind it as they deserve to be prosecuted. I will certainly be raising the matter at council to ensure we are doing everything we can to get this problem stamped out.

“School principals have enough to be doing without having to go out onto the road with a shovel to clean up after irresponsible dog owners.”