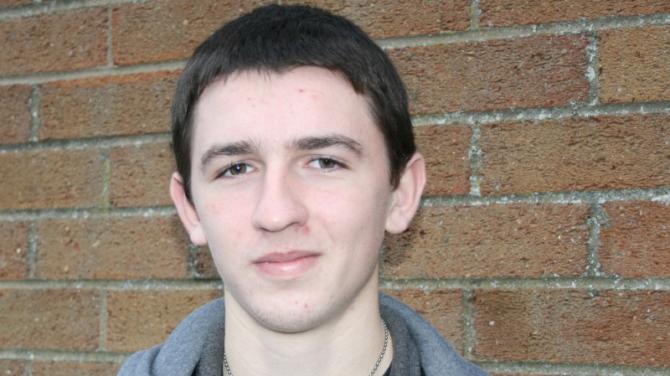 A MARKETHILL teenager is getting his New Year off to a great start after being shortlisted as a finalist at the British Education Awards.

For 17-year-old Kelsie Stewart, it comes in recognition of his brilliant academic results and extracurricular success within the vocational category.

Currently on the second year of the BTEC Level 3 Extended Diploma in Public Services at the SRC Campus in Banbridge, Kelsie has been a consistently high performer, achieving the top possible grade in his first year.

And all of this was achieved despite his parents being involved in a road traffic collision, where his father was tragically killed and his mother was critically injured, receiving life-changing injuries.

This terrible accident occurred at the very start of his course and resulted in Kelsie and his brother becoming his mother’s carers.

Course coordinator, Liz Hudson said: “He has never once asked for special treatment or dispensation. He has simply got on with it and has maintained an exceptionally high standard of work throughout.”

Kelsie, who is from Markethill, has volunteered with the Army Cadets since he was 12 years of age, holding the rank of Cadet Corporal. He has completed his 1-star and 2-star syllabus and is currently working towards gaining his 3-Star Certificate.

His Commanding Officer added: “During Cpl Stewart’s time with the Army Cadet Force, he has shown commendable core values. He has displayed leadership, integrity, commitment and a positive attitude and has proven to be a good example to younger members of his Detachment.

“As a result, he has been appointed as a coach and mentor to the younger cadets. We can rely on him to prepare and deliver training sessions, mentor and supervise both his peers and juniors. His attention to detail surpasses even the most experienced instructors. He has the ability to think outside of the box, sees something that needs to be done and with minimal fuss, just gets on with it.”

Kelsie’s other commitments include completing his Bronze Duke of Edinburgh, Company Shooting Team where he competed in the Commonwealth and National Target Rifle Shooting Competitions, and a Marksmanship Training exercise in Canada for six weeks.

He is also in the process of qualifying for the British under 19s Shooting Team which will take place in South Africa.

His course tutor continued: “Kelsie has many commitments outside of his course and he has been able to honour these and at the same time, achieve high grades in his course. He is determined to succeed no matter what barriers are placed in front of him.

“Kelsie possesses such a positive outlook on life and he continually puts the needs of others before his own. He has shown strength, determination, resilience and humility during his time at Banbridge campus and we are so proud of him.”

Kelsie will attend an awards ceremony and gala dinner in Manchester shortly where young people, their families and teachers, along with politicians, professionals and celebrities from across the UK, will come together to celebrate educational attainment.