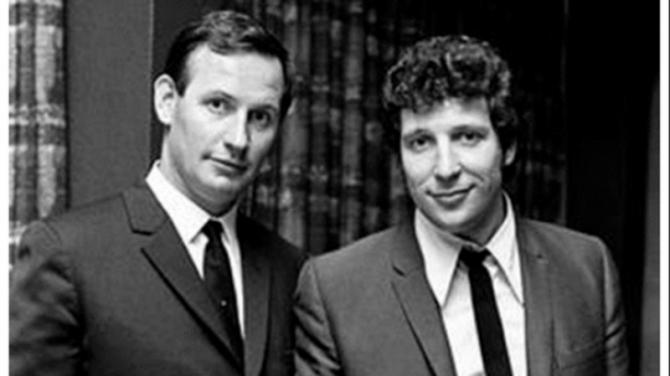 IN 1845 an Armagh doctor took to the pages of a local newspaper to make the following astonishing claim for an electrical device he had just acquired for his practice: :No medical man should be without one: it should be found in all public hospitals, infirmaries, dispensaries and poor-houses”.

The name of his new piece of miracle equipment was a Galvaniser, something that we would recognise today – well over a century and a half later – as a defibrillator.

His proposal to make it a ubiquitous piece of medical kit is strikingly modern.

The story of the Galvaniser is told in the latest issue of the magazine History Armagh, published by Armagh and District History Group, and now being stocked by most local newsagents and supermarkets priced £3.50 – the magazine that is – not the Galvaniser.

For most people the defibrillator is a recent invention, but in the magazine Richard Burns surveys its long history and association with Armagh.

“Alexander Lane: the man who galvanised medical practice in Armagh” is just one of the delightful revelations in the magazine which made its 14th appearance at Christmas.

The subject matter of History Armagh is an eclectic mix and includes the startling news that Tom Jones once appeared in Armagh.

Sadly he did not pack the Armagh City Hall or Armagh Orange Hall. No, his appearance was at Primrose Hill, where his driver, the famous promoter Jim Aiken, who was a Jonesborough man, had stopped off with a relative to say hello and ask for directions during a whistle stop tour of Ireland.

As the car waited the exhausted star, asleep in the back seat woke up and fell into conversation with some open-mouthed locals who were passing by.

In “A triumph of photographic art” Catherine Gartland reviews an 1861 book entitled The Ancient City: A Record of the City of Armagh, a publication that was a very early example of a book illustrated with photographs, possibly the earliest of its kind in Ireland.

Written by Edward Rogers, then Deputy Librarian of Armagh Public Library (now known as the Robinson Library), a first edition can be found at the Irish and Local Studies Library, 39 Abbey Street, Armagh, and is one of Armagh’s lesser known treasures.

Architecture is the subject of an article about one of the city’s lost treasures, Written by Kevin Quinn it’s called “The Pavilion: a picturesque suburban Regency Villa” – a stunning early 19th century building that was tragically demolished to make way for a school.

Sadly, in spite of local protests, and without the protection afforded listed buildings today, all that remains of it are three curved windows, now in storage in Belfast awaiting a return to a suitable site in Armagh.

A brief history of Armagh Cricket Club has been written by sports historian Brian Weir.

As well as tracing the long history of the club, he presents evidence that the Mall may be home to the oldest cricket ground in Northern Ireland.

In “Irish Street: plenty to be proud of despite poor press”, Mary McVeigh looks at the historical propaganda used to attack this once self-contained community.

In 1889, it seems that every malady the city had was being laid at the doors of Irish Street: the Armagh Standard, citing police authority, went so far as to claim that the street was “the most rebellious and disorderly district of the city”.

That particular piece of calumny was down to two Keady men who got drunk and disorderly in the street and gave false names.

When the residents eventually retaliated to the bad press with a petition published by the Belfast Morning News, it served only to increase the invective emanating from the authorities.

It was over 100 years ago that Armagh City Steam Laundry opened at Tullyelmer and quickly grew into one of the city’s main sources of employment. In the magazine Sean Barden traces the laundry’s history through the eyes of its workers.

It’s a frank and fascinating read that paints a picture of the workers’ lives inside and outside the factory, with extra curricular activities that include girls losing their jobs as they go ‘awol’ trying to smuggle food stuffs across what we would now call a hard border during the Second World War.

The pleated skirts they wore were not strictly for modesty purposes.

Thanks to the flowing folds the young women could hide luxury goods like butter and sugar slung across saddles as they made their way back to Armagh at the Monaghan crossing in Middletown.

Is history about to repeat itself?

Are long pleated skirts, and cycling, about to make a comeback?

Rev Richard Rolleston from Staffordshire arrived here during the first phase of the Plantation of Ulster in 1610, and was the son of the Rev Edward Rolleston the inventor of a power-drive sawmill.

Names also feature strongly in a final piece that recalls the story of Henderson’s Ghost which attracted top ghost-busters from all over the place.

The efforts of exorcists of several religious persuasions were directed at laying an evil spirit haunting a farm and cottage near Lowry’s Lake during the 1940s.

The hilarity of it all had wiser heads – ahem – laughing their heads off.

There was many a red face as this true tale of broken windows and goats running wild inspired at least one clever, anonymous balladeer who boldly identified a range of local dignitaries and named individuals, mercilessly satirising and lampooning them for having been spooked and fooled by the unexplained ‘paranormal’ activity.

The laws of libel probably prevented the ballad going into newspapers but a large quantity were typed up and circulated for the amusement of the citizens of Armagh: one of those copies was wisely archived by Armagh County Museum on the Mall.