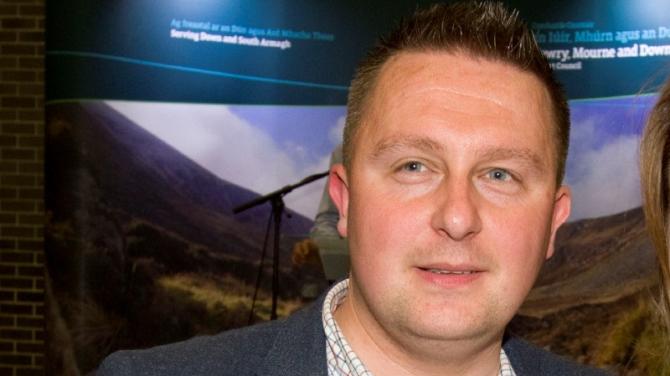 NEWS that a new play park has been given the green light in Newtownhamilton has been warmly welcomed by one of the area's councillors.

The new play park is to be built at the Jim Steen playing field and takes in an area of approximately 1800 square metres including the play area, a pedestrian link to the existing car park, a ball stop and fencing to be located to the south side of an existing playing field.

A report brought before Newry, Mourne and Down District Council's planning department last week said the proposal “will bring a public community facility to the village which will further sustainable development and improve wellbeing”.

Eight objections were received about the park after 66 residents were notified about the plans. Those included concerns about anti-social behaviour, its location close to a river and potential flooding, that the area was dark and poorly illuminated, and that it would lead to an increase in traffic.

There were also worries that there was limited access to the site and a lack of car parking.

In response planners said they felt that the “recent clearance of vegetation... allows for informal surveillance of the area which should go some way to promoting personal safety and deter anti-social behaviour”.

The Rivers Agency were also said to have had no concerns about any flood risk while the report added that the park was “not reliant” on street lighting as it was likely to be used during daylight hours.

Transport NI had no concerns about access, traffic or safety while car parking provision was said to be “adequate”.

Some 53 letters of support were also submitted, highlighting that the park was easily accessible and safe and away from the road.

“The approval of this project is wonderful news for the local community and I hope now that permission has been granted, work will commence in the coming weeks to have the play facility installed at Jim Steen Park,” Cllr Taylor said.

“The delivery of a new play park facility in Newtownhamilton is long overdue and it is something that the local community richly deserves.

“I look forward to the project being delivered in the very near future. It will serve as a great community asset and I sincerely hope it will be enjoyed by children and parents alike who will benefit most from the creation of the new facility.”