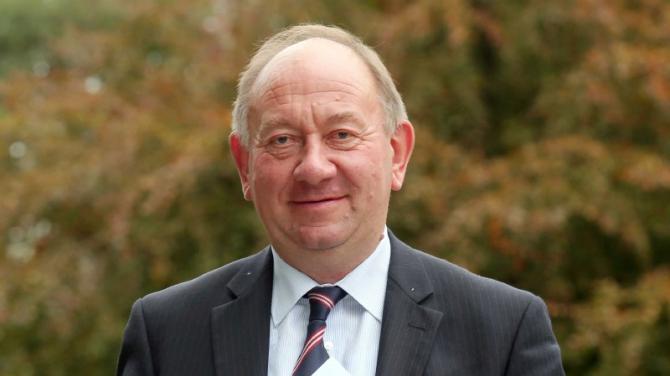 DOMESTIC abuse has increased significantly across the Armagh City, Banbridge and Craigavon Borough Council area over the past year, according to latest figures.

The figure ranks Armagh City, Banbridge and Craigavon as the area with the highest domestic abuse incidents outside Belfast City, which had 8,491 recorded – up 460 on the previous year’s statistics.

Following behind the ABC Council area was Derry City and Strabane, which witnessed 3,100 domestic abuse incidents – up 20 on the previous year’s figures.

Overall, across Northern Ireland, the figure was 31,682, which presented an increase of 1,769 on the previous 12 months.

PSNI Chief Inspector David Nixon said the rise in the number of reports of domestic abuse incidents within the district, is also an indication that people who may previously not have come forward are now taking the courageous step and calling police.

“We know that domestic abuse is a frightening crime which can affect anyone, often leaving victims feeling isolated and alone,” Chief Inspector Nixon said.

“If you are a victim of abuse, please be assured you are not alone and that there are people who can help you. Please come forward and report the matter to police.

“As the Police Service of Northern Ireland, it is our job to keep people safe.

“Our role is about prevention, protection and prosecution – to prevent further violence, to protect the victim, children and other vulnerable people and to facilitate the prosecution of offenders.

“We work closely with statutory and voluntary agencies to ensure victims get the help they need, to highlight the issue of domestic abuse and to explore ways in which we can keep people safe.

“Anyone suffering from domestic abuse should contact police on the non-emergency 101, or in an emergency call 999.

“A 24 hour Domestic and Sexual Abuse Helpline is available to anyone who has concerns about domestic or sexual abuse, now or in the past on 0808 802 1414,” Chief Inspector Nixon added.

Newry and Armagh DUP Assembly Member William Irwin described the statistics as “concerning” and said for the Borough to be ranking second highest “should worry everyone”.

“Domestic abuse is a serious criminal matter and causes significant harm to any victim and can often have very long lasting detrimental consequences, both mentally and physically on the abused individual,” Mr Irwin said.

“It is very apparent that much more needs to be done to deal with this matter effectively and reduce the incidences of domestic abuse given the shocking statistics which have been published,” Mr Irwin added.