An educator at the forefront of psychiatry in Ireland 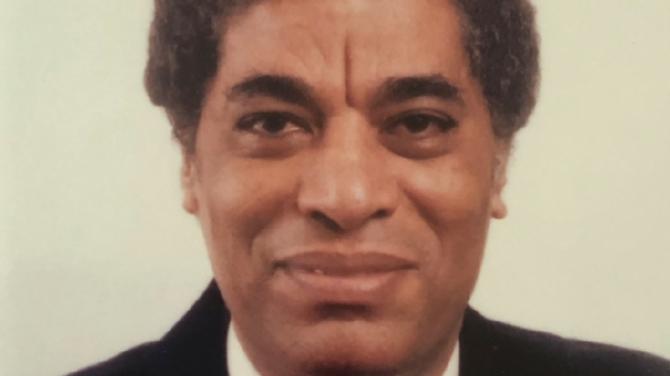 PROFESSOR Hanafy Ahmed Mahmoud Youssef left a lasting impression on all he met.

Whether this was through speaking to him in person, hearing him speak at international conferences, or being one of his patients.

His knowledge, dedication to his field and commitment to his patients was appreciated by so many. The driving force for Hanafy’s life was to develop new knowledge to share and leave in the world.

Hanafy came from humble beginnings born on 14th January 1939 in Alexandria, Egypt to his parents Ahmed Mahmoud and Latifa (Taher). He went on to study Medicine at Alexandria University & Psychiatry at Cairo University. He found university life afforded him the opportunities to explore his other interests, including literature (he authored several published novellas in Arabic), the arts (he was the arts reviewer for the university paper and won a national poetry award), sport (he played for the university football & wrestling team), science, politics, and languages (already fluent in Arabic and English before university, he added French and Russian). After graduating he spent two years as a medical officer in the military in Egypt including service during the Arab-Israeli six-day war.

Career in psychiatry and teaching

He moved to Derry in 1971 were he fell in love with Ireland and the people. This is where he met his wife Ann and soon went on to work as a Consultant Psychiatrist in St Davnet’s Hospital, Monaghan for the majority of his career.

He was at the forefront of community psychiatry in Ireland. With the help of his colleague Dr John Owens they set up the first community-based service in Ireland. He was able to show that this led to better outcomes for both the patients and their families.

The programme was so successful that on sharing his findings, others followed his lead, and this led to a wholesale changes in how psychiatry was practised in Ireland and the UK.

He was the Clinical Tutor at St Davnet’s and was a member of the Irish Psychiatric Training Committee and would have significant input in postgraduate training at a national level. He adored teaching undergraduates and postgraduates. He was generous with his time and had a great capacity to explain difficult concepts to medical and nursing staff.

Hanafy was actively involved in medical research and has over 60 publications in scientific journals to his name. His particular areas of interest were in psychotic illnesses, neurodevelopmental psychiatry & psychopharmacology.

While in St Davnet’s he met Prof John Waddington and over 20 years they carried out pioneering research into psychotic illness. This contributed importantly to establishing the relationship between Cavan-Monaghan Health Service and the Royal College of Surgeons in Ireland that has endured & deepened over what is now a period of over 35 years

He used his fortunate position and influence to develop psychiatric services in places where access to mental health care is not prioritised over physical health. He spent time in Zambia in the 1970s, developing clinics in rural areas, where there could be a stigma attached to psychiatric illnesses.

He fulfilled a lifelong ambition taking up a professorial post in 1994 at the University of West Indies in Trinidad & Tobago, where he helped improve the quality & prominence of undergraduate psychiatry training, something he felt was crucial both for enticing more doctors to aspire to it as their chosen specialty and ultimately recruitment of the finest doctors into the specialty.

Hanafy was also a philanthropist, who took seriously the welfare of others. Along with his siblings they established Latifa’s Orphanage House and a Mosque in the suburbs of Alexandria.

He worked tirelessly for the under privileged and would offer free medical care to any in need. He did volunteer work with charities in Yemen & Libya, providing both general medical and psychiatric care in areas where there is a shortage of medics.

He was also fiercely passionate about social justice. He was a strong proponent of women in medicine at a time when female doctors were still a bit of a rarity and could find it difficult to climb the career ladder. He was also a mentor to many overseas doctors who worked with him. He was an inspiration as they saw him become a leader in his specialty.

Hanafy enjoyed his retirement years in Armagh. He continued to stay active and interested in medicine and writing. He had several papers on the history of psychiatry published, reviewed books on psychiatry, and had several letters to the editor published in national broadsheets on numerous issues & closely followed the strife of his Egyptian compatriots for freedom and progress. He was very proud of his family and their achievements.

Hanafy passed away peacefully on 21st January 2019 surrounded by his family. He leaves Ann, his wife of 46 years, and five children (Emma, Mahmoud, Latifa, Zahra, and Omar).