Legacorry Road works have made it 'most unsafe' 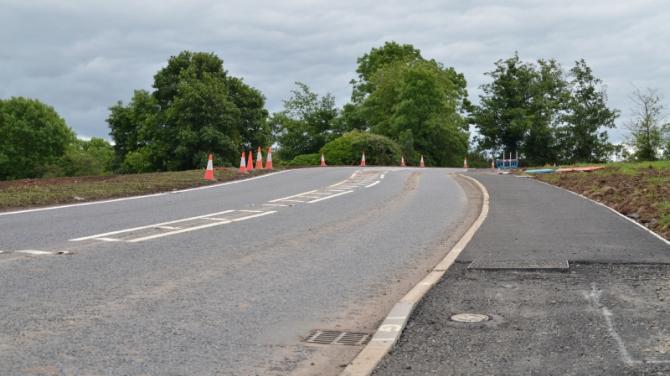 CLAIMS that the Legacorry Road in Richhill has been made “most unsafe” following road works have been made by a local man.

Keith Oates says that he feels he is in a good position to comment on the completion of the new bend on the Portadown road leading out of Richhill as someone who has travelled on the road weekly for over the last 17 years.

He was also an engineering student at QUB in the 1960s and studied all branches of engineering, including civil engineering.

“I thought the purpose of the work was to take out the bad bend in the road,” he wrote in a letter to the Ulster Gazette.

“The complaint for years had been that the road was unsafe with the sharp bend on the road  as a car approached the summit of the bend.

“However the 'new' road has an even worse, and I think more dangerous double bend, an 'S' bend in the road.

“For instance if you approach the new bend from the Richhill direction you do not see any of the road past the summit. You reach the summit and instead of veering left as the road eventually goes. the new road bends to the right, and eventual turns again to the left, the eventual direction of the new road.

“As you pass over the blind summit a large portion of the old road has been cleared on the left, somewhere one might have expected a straight though road with no bends old or new to have been implemented.

“So in conclusion, as a result of all the engineering work and delays we now have two bends and a blind summit, and a most unsafe new road. A most unsatisfactory state of affairs.”

We put Mr Oates' comments to the Department for Infrastructure. A spokesperson said, “The aim of this scheme is to improve road safety on Legacorry Road, north of its junction with Ballyleny Road.

“This has been achieved through the improvement of the bend alignment, improved stopping sight distance, increased road width, provision of central hatching and enhanced super elevation.

“When delivering a programme the Department must always work within the topographical and geometric constraints while also balancing the impact on private property and with consideration to the resources available.

“This has been a challenging project and work is still on-going. Once the final layout is complete road users will become more familiar with it and the full safety benefits be realised.”