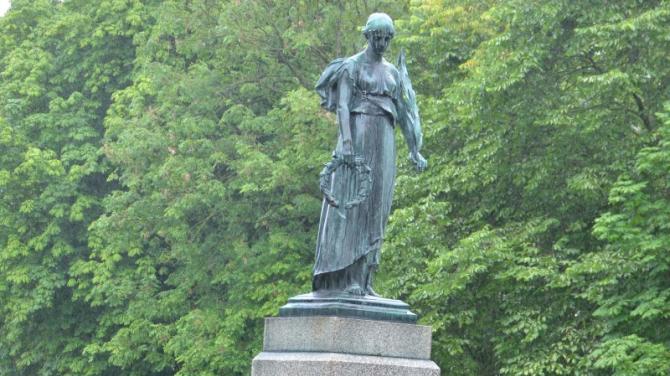 ONE hundred and one years after the cessation of the Great War hostilities and almost three-quarters of a century on from the end of World War II, finally the names of the servicemen and women from Armagh who died in those conflicts are to be added to the city’s cenotaph.

Having to date identified 389 World War I and 102 World War II fatalities, the five-members-strong Armagh War Memorial Working Group has been granted permission to add the names of these casualties to the structure in The Mall.

But even now, after years of much painstaking research, it is acknowledged that there will inevitably be unintentional omissions from the list which currently totals 491 names. And in its determination to ensure that no hurt or offence is caused and any errors are rectified, Armagh City, Banbridge and Craigavon Council is inviting members of the public to inform it of any necessary amendments.

The criteria and defined area of proposed names was identified after combining previous council boundaries with the area deemed to be the catchment area of the Armagh Royal British Legion.

Also bear in mind the fact that the names of a number of servicemen and women already appear on war memorials in Portadown, Richhill and Moy.

That being the case, these will not be duplicated on the modified Armagh War Memorial. ‘Armagh Dead in the Great War’ – the book written by Joe Center and published last year, lists all the known names of servicemen and women who died.

Anyone wishing to receive a copy of the proposed lists of names to be included on Armagh War Memorial is asked to email kirsty.pinkerton@armaghbanbridge
craigavon.gov.uk or phone (028) 3831 2400.

Council communications assistant Aisling Maguire’s advice to the public was, ”Once you receive the list of proposed names, please take time to review it. If there are any which are spelt incorrectly - or if you would like a name to be added to or removed from the list - please respond by noon on Friday, August 16.”