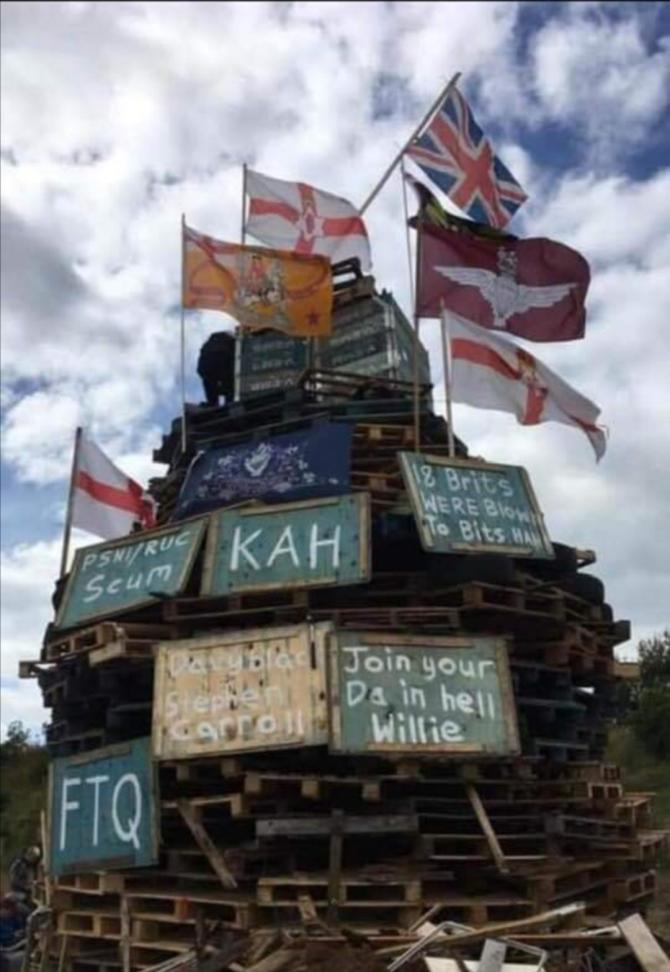 The bonfire in Newry which mentions the late William Frazer.

A UUP councillor has slammed a reference to the late William Frazer on a bonfire in Newry.

The anti-internment bonfire at Park has several signs on it, one of which reads: "Join your da in hell Willie".

The victims campaigner died in June following a battle with cancer.

References are also made to PSNI officer Stephen Carroll, who was murdered in Craigavon in 2009 by the Continuity IRA, and Prison Officer David Black, who was killed in 2012 by the New IRA, as are the victims of the Narrow Water massacre.

Cllr David Taylor said in a Facebook that he would be calling on the PSNI to investigate the incident as a hate crime.

He added, "This is absolutely despicable and sickening and must be condemned by all political representatives."