Lonely Planet inclusion is out of this world! 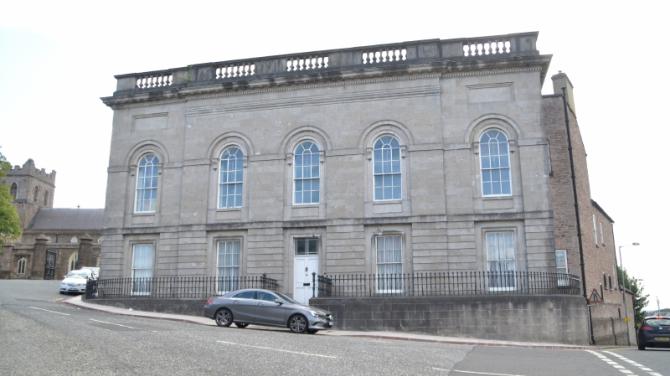 AN Armagh landmark can now rightfully take its place alongside the likes of Hadrian’s Wall and London’s Tate Modern art gallery.

Lonely Planet has picked its 500 most unmissable experiences and hidden gems across Great Britain, Northern Ireland and the Channel Islands to form its ultimate UK travel hitlist.

And the Armagh Robinson Library is one of 20 from across Northern Ireland to have made the list.

It features at number 476, beating the likes of the Seamus Heaney HomePlace in Bellaghy and the Marble Arch Caves.

Indeed, the library is the only entry to be included from County Armagh.

It is a major boost for the library. A mention in a Lonely Planet travel guide often brings a boost to tourism for the area – hardly surprising, given that the publisher has sold over 120 million copies since its inception in the 1970s.

In the Lonely Planet's guide book, the Library's entry begins as follows: 'A first edition of Gulliver's Travels, published in 1726 and annotated by Swift himself, is the most prized possession of the wonderful Armagh Robinson Library, founded in 1771 by Archbishop Robinson.'

The Library's Assistant Keeper, Carol Conlin, said she was delighted to have been told about the listing after the Ulster Gazette broke the news to her.

She said, “The Library's team in both the Library and No 5 Vicars' Hill is delighted with the listing.

“Although small in number, we endeavour to give all our visitors a warm welcome and to help people with their research queries.

“We appreciate the Lonely Planet's recognition which is a great morale boost for us.”

Welcoming the news, Niall Gibbons, CEO of Tourism Ireland, said: “The inclusion of 20 Northern Ireland experiences and attractions – including the Giant’s Causeway at number three – in Lonely Planet’s ‘Ultimate UK Travelist’ is good news and will surely help to inspire GB travellers to put Northern Ireland on their holiday wish-list.

“It is another well-deserved accolade for all of these attractions, which provides Tourism Ireland with a great hook to continue to promote Northern Ireland as a ‘must visit’ destination.”

“We’re thrilled to name the Giant’s Causeway one of the UK’s very best sights - alongside many other wonderful experiences in Northern Ireland including spotting puffins and seals on Rathlin Island and riding a boat through Co Fermanagh’s Marble Arch Caves.”