Police issue direct appeal to Armagh brothers to hand themselves in 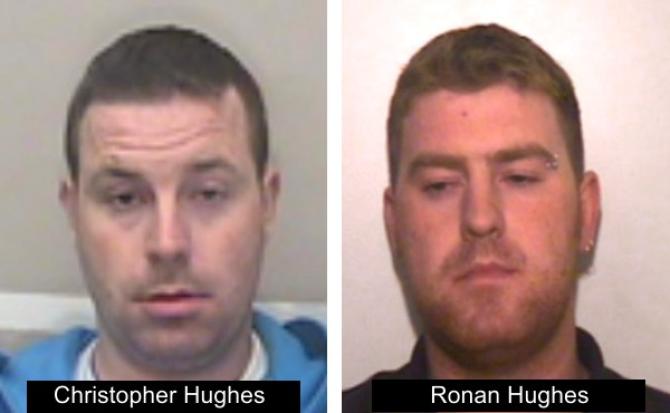 Police have issued the above picture of brothers Christopher and Ronan Hughes.

ESSEX Police investigating the 39 lorry trailer deaths in Grays have made a direct appeal to two Armagh men to hand themselves in.

He said: "Today I want to make a direct appeal - Ronan and Christopher, hand yourselves in to the Police Service of Northern Ireland.

"We need you both to come forward and assist this investigation. Although we have already spoken to Ronan Hughes recently by telephone we need to have a conversation with him and his brother in person.

A lorry connected to the Hughes brothers was seized on Thursday, Det. Ch. Inspector Stotten said. He also asked for the public's help in tracking the two men down.

He said: "It is essential we follow all lines of inquiry and bring those responsible for these tragic events to justice.

"Ronan and Christopher Hughes are known to have links in Northern Ireland and Ireland as well as the road haulage and shipping industries.

"Yesterday, on Thursday, October 31, the Police Service of Northern Ireland, acting upon information, stopped a lorry believed to be connected to the Hughes brothers. The vehicle was subsequently seized and no further arrests were made."

The police chief added the force would continue to work with the PSNI and Irish police "until Ronan and Christopher Hughes have come forward or are arrested".