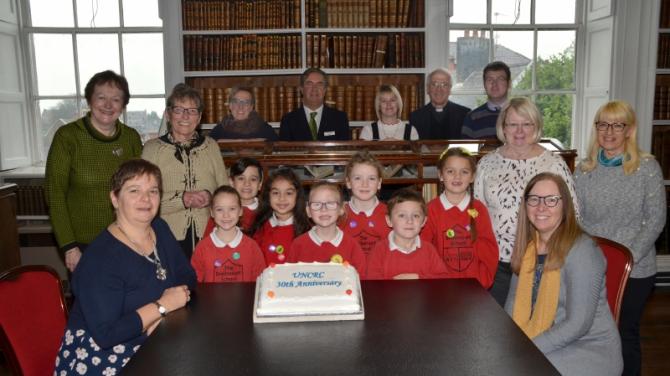 THIS year marks the thirtieth anniversary of the ratification of the United Nations Convention on the Rights of the Child.

It is one of the most ratified UN treaties and has played a central role in improving the lives of children around the world.

Armagh Robinson Library is marking this anniversary by displaying works from its own holdings, which refer to children and issues surrounding children’s rights. Examples from the eighteenth-century include children’s health, workhouses and charity schools.

Before the creation of treaties or other official recognitions of rights, children were seen as ‘small adults’ and no special consideration was given to them. It was not until the mid-nineteenth century that the idea of children’s rights appears. Laws put in place in 1841 started to protect children in the workplace, followed in 1881 by laws which included the right to education for children.

The UN Convention on the Rights of the Child is a human rights treaty which sets out the civil, political, economic, social, health and cultural rights of children. It has 54 articles which cover all aspects of a child’s life and which explain how adults and governments need to work together to ensure that all children can enjoy their rights.

In the Library’s exhibition, texts are linked to the summary of the Convention, published by the United Kingdom Committee for UNICEF, the United Nations Children’s Fund.

Speaking before the launch, Koulla said: “I am delighted to be joining the Library, their guests and most importantly the children of Drelincourt School in this unique celebration of the promises that our government has made to each and every child across Northern Ireland. Together we will all be standing up for children and their rights.”