Everywoman of the year award for boss Mairead 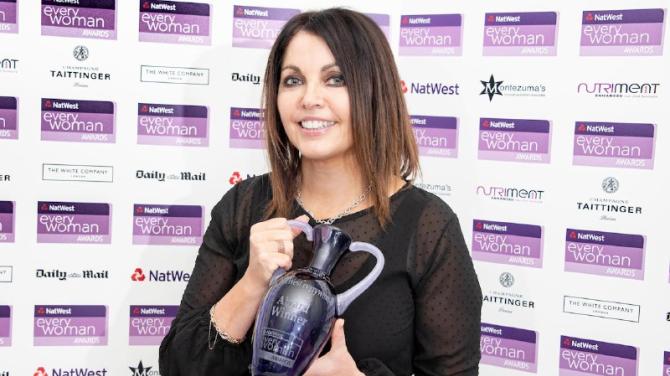 THE CEO and Founder of Homecare Independent Living, Mairead Mackle, has been named as the 2019 NatWest everywoman of the Year.

The awards celebrate Britain’s most inspiring female entrepreneurs, each recognised for their outstanding achievements. These awards champion women in enterprise from all walks of life, providing a platform to share their journeys to success.

This year’s winners include women who are transforming and disrupting their respective industries, from art and social enterprises to wellness and beauty - all the winners are role models whose success will encourage future generations of female talent.

Armagh woman Mairead left her job as a podiatrist to set up Homecare Independent Living from her kitchen table, in part to spent time raising her seven children.  Over 25 years HCIL has grown into an international enterprise, providing over one million hours of care in 2018 both in Ireland and internationally, whilst expanding complementary businesses including health, housing & social care solutions, online training and renewable energies.

She joins illustrious company in being named as an award winner – tennis coach Judy Murray OBE accepted the Spirit of everywoman Award, which recognises a woman whose pioneering spirit has helped change the landscape for women in the UK, paving the way for others.

Speaking about the winners, Maxine Benson MBE, Co-Founder at everywoman commented, “Women in the UK do not lack ability or ambition, yet only 1 in 3 British entrepreneurs are female – a gender gap equivalent to 1.1 million missing businesses.

“Women are consistently less likely than men to believe they have the necessary skills to be successful entrepreneurs which is why showcasing these success stories is so critical. They demonstrate passion, determination and dedication often in the face of adversity.  We congratulate this year’s winners and applaud their incredible achievements.”

Julie Baker, Head of Enterprise and Social Community Capital at NatWest says, “We are very proud to recognise these women, who are not just successful in their own businesses, but are also great role models who we will inspire other women to take their first steps in business.”