Kingsmill families remember their loved ones at annual commemoration 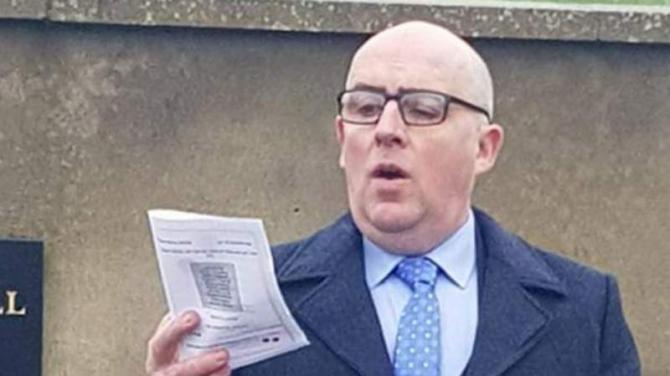 FAMILIES of those killed in the Kingsmill massacre are “still in the dark” 44 years on from their murder.

That's according to Pastor Barrie Halliday, who was speaking at a service held on Sunday to commemorate the anniversary of the atrocity.

Ten Protestant workers were shot dead when their minibus was ambushed outside the village on their way home from work on January 5, 1976.

Those on the bus were asked their religion, with the only Catholic ordered to run away. The remaining 11 men were forced to line up outside the van by the killers, who had been hiding in hedges, before they began shooting. The sole survivor of the attack was Alan Black.

A day earlier Catholic brothers John Martin Reavey (24) and Brian Reavey (22) had been shot dead in nearby Whitecross by the UVF. A third brother, Anthony (17), died several weeks later from his wounds.

The same gang murdered three members of the O’Dowd family near Gilford on the same day. Barry O’Dowd (24) and his brother Declan (16) died along with their uncle Joe (16) after armed and masked men burst into their home.

Families of the Kingsmill dead and campaigners for victims gathered on the small south Armagh road where the killings took place 44 years ago.

They laid wreaths at the spot and said prayers during a short service. A memorial there lists the names of those who died, featuring gold lettering against a polished black background.

“The families still have no answers. There is no closure for the families four decades on and they still feel the same anguish,” said Pastor Halliday.

“The inquest is stuck in the mud but the families are optimistic the new legislation may mean we get some answers from the Guards (Garda).”

Gardai will be permitted to give evidence at Troubles era inquests in Northern Ireland after urgent legislation was passed by the Oireachtas last year.

No one has ever been convicted of the murders, which have been widely blamed on the IRA, although it never admitted responsibility.

The Kingsmill inquest opened in May 2016. Proceedings were delayed shortly afterwards when a palm print found inside the van suspected of being the getaway vehicle was positively matched. The inquest resumed sittings in 2017 and there have been more than 30 sessions.

“This year’s service was different because Mrs Bea Worton, Mr William Frazer and Mrs Leemon are sadly no longer with us. Three people with very strong and emotional links to the atrocity which was visited on their families and friends at this very spot.

“This is important given the current era where brutal facts are often softened and airbrushed - by contrast this memorial stands to remind everyone of the brutality of Republican terrorism and the senseless act that saw 10 innocent men’s lives so callously ended 44 years ago. We will remember them,” he concluded.