Armagh SRC students on top of the World! 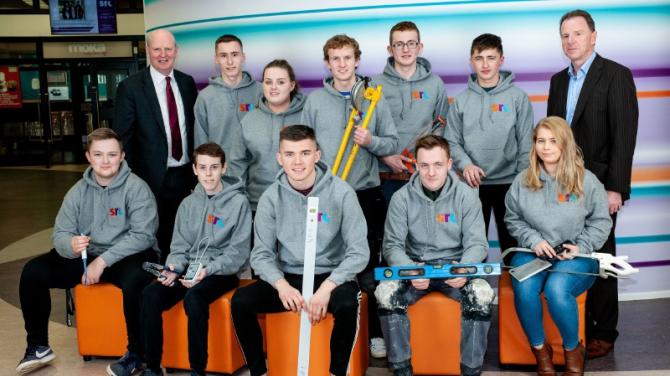 SOUTHERN Regional College has put in its best performance ever at this year’s WorldSkills UK Live final event as it championed Northern Ireland’s overall success with a haul of seven top-winning medals.

The college also retained its enviable top three leader board ranking and was once again the only Northern Ireland further education college to secure a place within the UK’s 20 best performers in this intense competition. No other FE College in Northern Ireland came close.

Held in Birmingham, the annual event is the UK’s largest elite skills and careers event covering a range of professional disciplines from plumbing to catering and beauty therapy to tiling. It also pitches the UK’s best performers against their peers for a chance to win top medals in their skill and represent the UK on the international stage.

With more than 530 apprentices and students competing in over 70 disciplines, SRC’s seven-medal haul from the event also saw it retain its number one place in Northern Ireland on the strength of its performance.

Facing tough competition, SRC’s team of students from across the Newry and Mourne, Armagh and Craigavon areas secured two gold medals, three silver and two bronze medals across a wide variety of disciplines, including beauty therapy, professional cookery and tiling.

The event attracted more than 80,000 young people gearing up for a vocational pathway to work and was the backdrop for the all-important National Finals of WorldSkills UK Competitions. A total of 19 students competed from SRC.

Brian Doran, Chief Executive at SRC, attended the competition alongside officials from the Department for the Economy, and said:

“Southern Regional College’s success within the region and across the UK reflects the strength of our skilled and talented teams, the dedication of our staff and the support of family and friends and I am thrilled by the unrivalled, collaborative success shown.

“This elite skills competition is tough and the hard work that goes into a winning performance like this is a real triumph for everyone and I’m grateful to everyone who took part. With our top three ranking still unchallenged and as the only Northern Ireland college inside the Top 20, SRC has every reason to celebrate.”

Putting SRC out in front was Portadown’s Shelby Jones and Dylan Calvert from Tandragee who faced down the competition in Beauty Therapy and Floor & Wall Tiling respectively to take home gold medals.

Following their success, some of the winning students are already vying to be chosen by WorldSkills UK to join the training programme for WorldSkills Shanghai 2021, where they could be selected to represent the UK in their chosen skills area on a global stage.

Ben Blackledge, Deputy CEO of WorldSkills UK, said: “This is a life-changing moment for these young people. They have already won regional competitions and now their National Finals – they are the new generation of high-flyers that will give UK employers a competitive edge.”