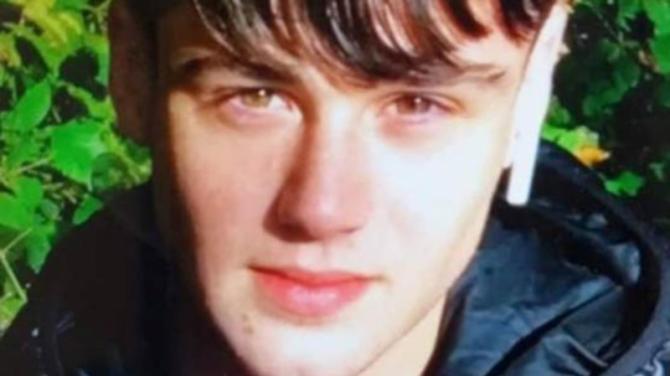 The 15-year old went missing on New Year’s Eve and his body was recovered on Saturday night (January 4), near Warrenpoint pier.

Mourners gathered at the funeral at St Patrick’s Church, Keady for his funeral Mass with burial afterwards in the adjoining cemetery.

Father Seamus White, chaplain at St Paul’s High School, told mourners that JP’s death was a “tragic accident”  and “in a sense we are glad that he did not suffer”.

“JP died at a time when he was in a good place in life and happy in life.

“He was making plans for his future,” said Father White.

He said JP loved nature, had a great interest in planes and cars and was keen on music.

He was also a “great cook” with an interest in fashion and had “tried his hand at hairdressing”.

“So between hairdressing and cooking, he seemed to have an artistic flair about him,” he said.

Fr White said JP’s friends fondly remembered the teenager as someone who “always put people first, before himself”.

“In fact if any of his friends were down, his favourite quote was ‘live for today, tomorrow’s never promised’.

“And that is exactly what he did. He lived in the present moment.

“He was a sensitive, caring young boy who truly loved life.”

The first full meeting of Newry, Mourne and Down District Council of 2020 opened on a sombre note with their chairperson, Charlie Casey offering his condolences to JP's bereaved family.

The Newry-based Sinn Fein representative addressed the chamber last Monday (6 January) evening, adding: “I would like to wish everyone a Happy New Year and this is our first meeting to date.

“Since we last met, however, there have been quite a lot of people who have lost their lives in the district, including JP Smyth and Kilkeel man, Shane Cunningham.

“In the tragic case of JP Smyth there was a massive co-operation with the community with the PSNI and search and rescue teams.”

Meanwhile, JP’s former employers, the Shelbourne Bakery, have paid tribute to the teenager.

“JP worked with us in our kitchen as a trainee chef,” they said in a post on social media.

“He was always a very pleasant and courteous young man with an endearing smile.

“Our management and staff would like to take this opportunity to express our sincere condolences to the family and friends of JP.”