So what's on offer in deal for politicians and voters? 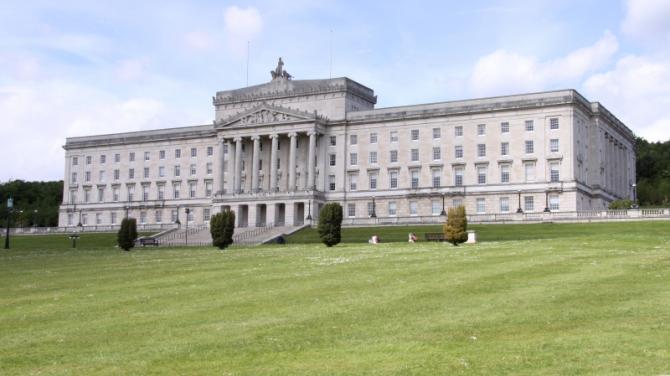 THE package put to Northern Ireland’s political parties in the hope of resurrecting the Assembly and Executive has been lauded by pundits as offering genuine hope of a good deal for the whole community.

The agreement of members of the Ulster Unionist Party, Alliance and SDLP – all long-time advocates of the restoration of devolved power – was a given. The DUP were on board by Friday morning and the expectation was that Sinn Féin  - the other half of ‘the Big Two’ – would soon be joining them.

In the wake of the outcome of the UK’s General Election on December 12, the British and Irish Governments redoubled their efforts to get the Stormont Assembly up and running anew following its three-year lay-off.

On Thursday night the Rt Hon Julian Smith CBE MP, Secretary of State for Northern Ireland, and Simon Coveney TD, Tánaiste and Minister for Foreign Affairs and Trade, published the text of a deal.

In it they spoke of the need – and their desire – to transform public services, restore public confidence and revive the institutions created by the Belfast Agreement, most notably in the form of a functioning Executive capable of delivering services.

The  ‘New Decade, New Approach’, was hailed as being ‘a fair and balanced basis upon which to restore the institutions’. The emphasis is on growing the economy, health, education and housing, with local political oversight and decision-making​ to the fore.

Crucially, the parties are agreed on the immediate priorities for the restored Executive.

These include transforming the health service ​with a long-term funding strategy; immediately settling the on-going pay dispute​; introducing an action plan on waiting times and delivering major reforms on health and social care, with reduction of waiting lists a must.

An extra 900 nursing and midwifery undergraduate places​ over three years are promised, as is ​a Mental Health Action Plan within two months and a Mental Health Strategy by December 2020.

Improvements in palliative and end-of-life care also are promised. In addition, the Executive will provide ​three funded cycles of IVF treatment​.

A major undertaking is the expansion of university provision at Magee, in line with commitments made by the previous Executive. This will include the establishment of a​ Graduate Entry Medical            School in Derry/Londonderry​.

Other public services ​issues concern education and justice. Resolution of the current teachers’ industrial dispute​ and resourcing pressures in schools are promises​.

A further undertaking is the establishment of an expert group to devise an action plan to address links between persistent educational under-achievement and socio-economic background, not least those facing working-class Protestant boys.

And young people with special needs will be properly supported in order to achieve their full potential.

With the economic context having changed considerably in the past three years, an Executive priority will be the development of a regionally-balanced economy with opportunities for all​. This will entail strategic investment to ensure the mix of skills required to facilitate a thriving economy.

Another Executive priority will be full realisation of the economic potential of the Belfast region and Derry/Londonderry. This includes ​matching capital funding for infrastructure, regeneration and tourism projects​.

The Executive will work with the UK Government to develop and deliver the growth deals for Mid, South and West NI, as well as the Causeway Coast and Glens.

Climate change is to be tackled head-on ​to ​address its immediate and longer term impacts​. Legislation and targets for reducing carbon emissions ​in line with the Paris Climate Change Accord will be implemented, as will an ​Anti-Poverty Strategy in tandem with a commitment to ​tackle paramilitarism​.

By introducing legislation to re-classify housing associations, ​the Executive aims to enable on-going building of new social and intermediate housing. And from March 2020, this will include the Co-ownership Housing Scheme.

Housing will be included as a specific priority in the Programme for Government.

There will also be an emphasis on the implementation of a ​redress scheme for victims and survivors of historical abuse​, with payments being made as soon as possible. A Childcare Strategy is to be published, with resources to deliver extended, affordable and high-quality provision of early education and care initiatives for families with children aged 3-4, identified.

The loss of a child causes unimaginable pain for families. The Executive is now to ​establish a Child Funeral Fund,​ to ease the burden on families suffering acutely. This is the measure for which former Armagh City, Banbridge and Craigavon Borough Council Lord Mayor, Councillor Julie Flaherty has campaigned,

The Executive also will fight for ​parity in financial support to NI victims of contaminated blood in line with their English counterparts.