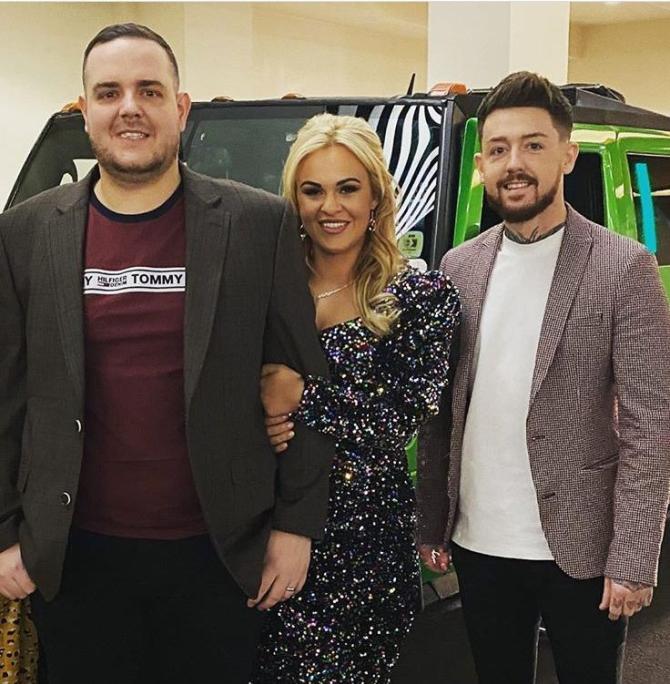 AN Armagh barber has spoken of his shock after his best friend died suddenly in Las Vegas, just 48 hours after marrying his long-term partner.

The body of Gary Love was discovered in his hotel room by his new wife Grace on Sunday afternoon, hours after they had watched Conor McGregor win his UFC 246 fight in the city against Donald ‘Cowboy’ Cerrone.

The 33-year-old had recently moved to the Waringstown area. His wife, Grace, who is a beautician in the village, is the mother of two of his young children, Molly and Pippa. He also has a 13-year-old daughter, Bethany.

Mr Love also has links to the Portadown area. His mother, Rosemary Bacon, is from the Killicomaine area of Portadown, while his father, Malcolm, is also from the town. She has flown to Nevada with her daughter Sarah and son Kenneth to be with Mrs Love and to try to bring the body home.

Gavin Moir, owner of the Mane Man on the Newry Road, posted on Instagram about his shock at Gary's death.

Posting the last photo taken with his friend, he said, "Gary died on Sunday night, our last night in Vegas. It's been a tough few days for everyone.

"Gary was like my big brother, he was that friend who I went to when I had trouble with anything.

"We spoke every day and winded each other up so much (even in this picture I gave him abuse [because] he fitted into my dad's blazer!).

"I'm gonna miss you Glove! My thoughts are with his family in Portadown, his wife Grace and three kids. Gary, you'll always be in my thoughts."

Mr Love's father, who lives in Portadown, told the Belfast Telegraph that Gary's death is a devastating tragedy.

“We are all stunned,” he said. “This is not what we had been expecting.

“Gary and Grace had lived together for some time now and decided they wanted to get married.

“They have two lovely young children under the age of four — Molly and Pippa.

“Gary had been to Las Vegas a few times to see the boxing and the UFC too. He liked to have the odd flutter as well and he was quite successful.

“So they thought it would be a good idea to have the wedding in Vegas and enjoy a honeymoon as well.

“There were trips planned to the Grand Canyon and everything was going well.

“They had travelled over to Nevada last week and they were married on Friday. They saw the McGregor fight on Saturday night with two friends who had also gone to Vegas.

“On Sunday they went out for something to eat and came back to their room, but after a while Grace said she couldn’t wake Gary.

“She called all the authorities, who came in and pronounced him dead. But we don’t know what the cause of death was.”