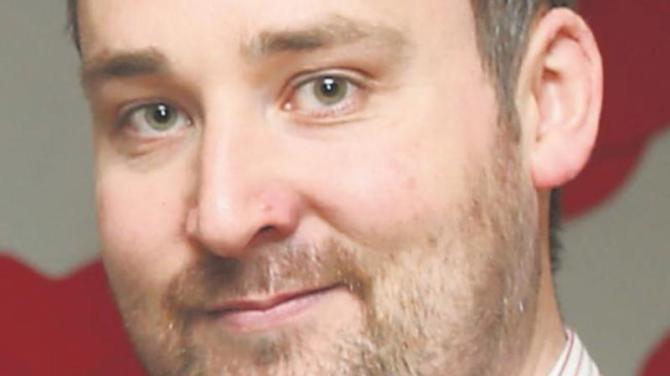 A NEW Advocacy Service for the benefit of victims and survivors living across South Armagh and the broader Newry area is to be launched by South East Fermanagh Foundation (SEFF).

The service which is due to be launched on Thursday, January 30, will aim to support those impacted by ‘The Troubles’ as they battle for justice, truth and accountability concerning injustices they and their families experienced.

Speaking ahead of the launch, SEFF’s Director of Services Kenny Donaldson stated: “We are privileged as an organisation to be in a position where we are able to offer an outreach advocacy service for the benefit of victims/survivors across South Armagh, Newry and surrounding hinterlands”.

“Following a funding call made by The Victims and Survivors Service, SEFF bid for and secured the tender to deliver an Advocacy service.

“We also secured resources to enable us to offer counselling and complementary therapies and a health and wellbeing caseworker-led support service”.

Mr Donaldson said South Armagh and Newry are areas which have been severely impacted by the violence of ‘The Troubles’ and “there remains a painful legacy to this day”.

“We want to make it clear that our doors are open to all innocents whatever of their religious or ethnic background,” he said.

“Our organisation is clear that in the context of ‘The Troubles’ there was no justification for the use of criminal violence in the pursuance of or defence of a political objective - and that includes the violence of republican and loyalist terrorists and the actions of those individual members of the security forces who committed crimes.

“We are calling upon the local community but particularly those innocents impacted by the violence to come along on Thursday, January 30 at 7.30pm to the old Town Hall, Bessbrook. But beyond that night to come forth and engage with our organisation and outreach service”.

“We have in place a team of advocates who are based in Bessbrook and are available to assist those who wish to have their case or that of a deceased loved one examined, or maybe individuals wish to have their experiences recorded in book format or for oral history purposes. Or perhaps individuals want to be part of a collective support structures which lobbies government and others around policy formulation for victims and survivors.

“Crucially we wish to deliver this service in partnership with the local community and seek the involvement of existing groups and individuals who hold trust and confidence with those we seek to engage with.

“Our group has foundation roots on the south Fermanagh border so there is a deep connection between victims and survivors from those areas and those of borderland South Armagh which is of course where I owe my own roots to.

“SEFF’s South Armagh Gateway Service is open and wanting to make a positive impact in the lives of those grievously wronged as a result of terrorism or other Troubles related criminal violence,” added Mr Donaldson.

SEFF was formed on the day of the Omagh bombing on August 15, 1998 and has developed over the years until the point where it now directly supports over 1,400 individual victims/survivors and their families.

SEFF has offices in Lisnaskea, County Fermanagh, Newtownstewart, County Tyrone, Rathfriland County Down, Bessbrook, South Armagh and London (from where it offers support to GB-based victims and survivors).

The Foundation is one of 23 groups attached to the Innocent Victims United Group, an umbrella organisation of 23 groups which collectively support in excess of 11,500 individual victims and survivors of ‘The Troubles’.

SEFF was granted The Queens Award for Voluntary Services in 2009 (the first group supporting victims and survivors of ‘The Troubles’ to do so).