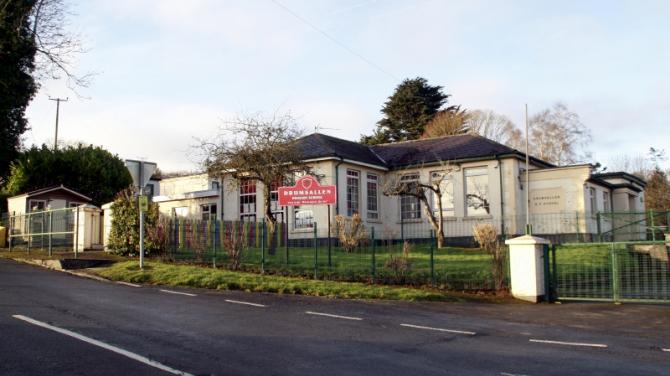 DRUMSALLEN Primary School should close on August 31, it has been proposed.

The Education Authority published details of the decision last week, bringing to an end speculation over its future.

Falling pupil numbers and cost saving have been cited as reasons to close the school. Currently there are just 22 pupils at the facility – less than half of the number of pupils attending the school in 2009/10.

“Due to the small number of pupils, this situation will only increase further year on year (estimated -£54,000 inyear deficit)”.

There have been fears that the school could close since 2017 when the school was one on a list of 40 across Northern Ireland which were earmarked for closure or merger.

A report said that “sustainability is an issue” at the Dernasigh Road school (pictured).

A proposal to “discontinue with effect from August 31, 2020” has been proposed by the EA's Acting Director of Education, Kim Scott.

A statuatory objection period, lasting two months, is now underway while a Ministerial decision is set to be made in April.

In the rationale for the proposal, an EA commentary on the pre-publication statuatory consultation said that Drumsallen Primary School “has always been a small primary school with an enrolment over the past number of years not exceeding 40 pupils.

“As the school is experiencing a reduction in pupil numbers, this will place increased pressure on the financial resources of the school and also on the teaching staff.”

It added that the Rural Needs Act (Northern Ireland) 2016 “places a statutory duty on the EA to have due regard to rural needs when developing, adopting, implementing or revising policies, strategies and plans, and designing and delivering public services.

“The areas from which Drumsallen Primary School attracts pupils is, according to the Inter-Departmental Urban-Rural Definition Group, defined as rural. The discontinuance of Drumsallen Primary School will have an impact on the local area. The provision of home-to-school transport will provide for the safe transportation of pupils from the area to their nearest school.”

Thirteen responses were received to a questionnaire issued by the EA to the school's Board of Governors, staff, parents/guardians, local schools and the Controlled Schools' Support Council (CSSC). Ten were in support of the decision, while two parents disagreed. The CSSC did not indicate if they agreed or disagreed.

A total of 16 local schools which might be affected by the proposal were forwarded correspondence. Comments were invited from the Boards of Governors and Trustees.

Two responses from local schools were received. One agreed with the proposal and one abstained from agreeing or disagreeing.

Killylea Primary School said they were “saddened at the proposal and are aware of the dedication of the staff to ensure the best learning for all the pupils”.

It continued, “Area Planning must pro-actively work with local schools to ensure continuation of sustainable controlled education in our area” which had “already seen the closure of Benburb, Eglish, Tynan and Aghavilly”.

The school added that “rural children deserve to be educated in a school that is part of their local community”.

Meanwhile Churchill Primary School acknowledged “the contribution the school makes to the local community and high quality education” but added that the “outcome must ensure the needs and concerns of the entire school community are addressed.”

The report also quotes an ETI report issued in February 2011, which stated that the leadership and management of the school was “very good”.

It reported that: “The acting-principal provides very good leadership. She is fully committed to the life and work of the school. Her vision for the future development of important aspects of the school is exemplified well through the School Development Plan and associated action plans.

“All of the coordinators provide valuable support and guidance to the staff and have identified appropriate developmental needs regarding their respective areas of responsibility.