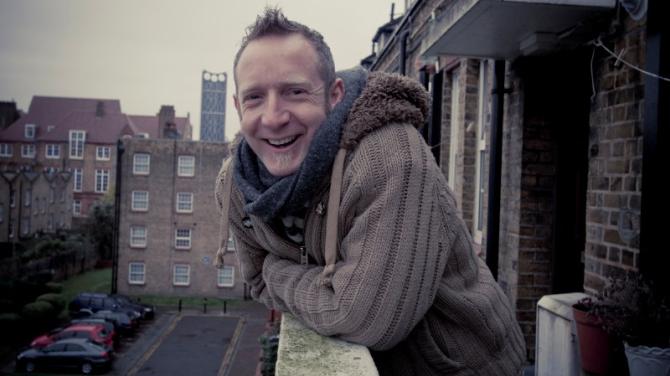 THE words of a well-known Christian recording artist from Co Armagh echoed across the Home Countries on Sunday, February 2.

At 11o’clock on Friday night, January 31, a bitterly divided UK finally had withdrawn from the European Union. Even now it is feared that the post-membership transition period may prove to be even more difficult to navigate than Brexit which took three-and-a-half years.

Conscious of the depth of feeling to which the 2016 referendum result gave rise, Luton-based Portadown man, Andy Flanagan, felt moved  to pen ‘Reconciled (for Brexit and Beyond)’.

Grammy-winning Alan Branch – whose CV includes having made records for Boy George, Björk, Depeche Mode and Joss Stone – produced it. John Bowen – the widely acclaimed animator and film-maker –came up with the accompanying video which is now available on YouTube.

The fact that men of the calibre of Branch and Bowen are on board speaks volumes for the esteem in which 46-years-old Flanagan is held.

His father, Tom – a former Headmaster of Portadown College – is well-known in Church of Ireland circles, serving as he does as General Secretary on the Armagh Diocese’s Board of Religious Education,

Although he graduated as a physician, Flanagan junior now is noted for music rather than medicine. For although he worked as a hospital doctor, such was his ability as a songwriter, majoring on injustice and driven to fight social wrongs, that he found himself increasingly drawn towards politics where decisions on these matters are taken.

In the years which have followed, Tearfund, Christian Aid, Stop the Traffik, Stop Climate Chaos, and Make Poverty History are among the NGOs to have used his campaigning songs to publicise their work.

It is not surprising, then, that today he is a Director of Christians In Politics.

It was after witnessing conditions in some of Bangladesh’s sweatshops that he wrote songs which came to be used in the ‘Lift the Label’ campaign. That ended with retailers being forced to accept the Ethical Trading Initiative.

Trips to India, Egypt and Uganda sparked still more songs, for in his words, “Music can do a thousand things that words alone cannot.”

His audiences have ranged from MPs at Westminster to inmates at Young Offenders’ institutions, the well-to-do at Alpine ski resorts and servicemen at American air force bases in Germany.

He has appeared regularly on BBC Radio 2 and Radio 5live, as well as on 4thought on Channel 4 and, in the past, on the now sadly defunct ‘Big Breakfast’. His music is a staple on the nation’s three best-known Christian radio stations, Premier, UCB and Cross Rhythms.

But the passions and vitriol unleashed by Brexit - and the division which followed – concerned him greatly, not least because some of what he saw and heard in 2019 came in the course of debates he had helped organise in Anglican, non-conformist and Roman Catholic churches.

So it was with the blessing of the Anglican Church that ‘Reconciled (for Brexit and Beyond)’ was played nationwide, in places of worship, on February 2.

The lines of the song include,

‘We confess our ignorance, our idols and our pride,

‘We confess our laziness in sticking to our side.

‘Lord, to You, to our neighbours, to creation, may we be reconciled’.

The writer of those words said: “‘Reconciled’ highlights the need for repentance and intentional, bold relationship-building with our neighbours.

“I hope it will be sung in many churches and be a useful tool as church leaders work out how to challenge their people to be prayerfully and politically involved in our nation.

“The more time we spend in worship on our knees before God, who knows it all, the more we may realise that we don’t know it all.

“We may then realise that we need to listen to people with whom we may disagree on many things – including Brexit.”