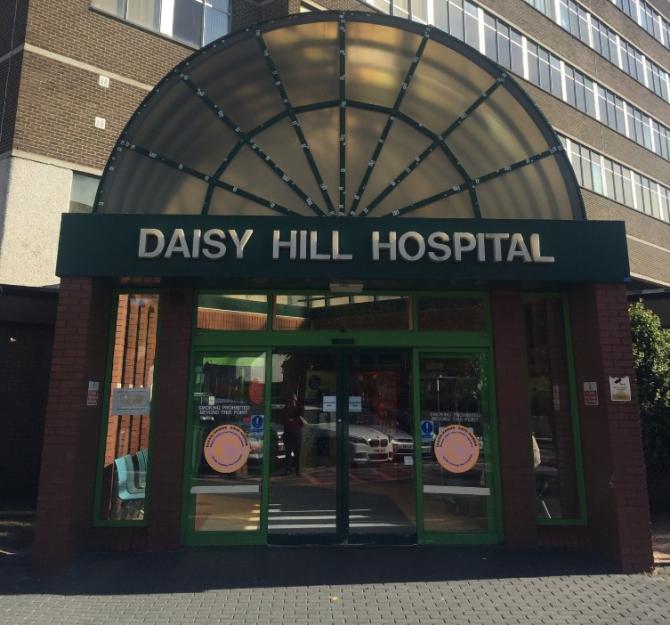 DAISY Hill Hospital in Newry will become a specialist treatment facility during the COVID-19 crisis.

That's according to Newry and Armagh MP, Mickey Brady, who said the move had been announced by the Southern Trust.

It follows comments last night by South Down MLA Jim Wells, who reported that he had been told that the A&E department at the hospital was to shut.

That appears to have been confirmed by Mr Brady, released a statement on behalf of himself, South Down MP Chris Hazzard and Liz Kimmins, Newry and Armagh MLA.

“The Southern Trust have announced that Daisy Hill Hospital in Newry will become a specialist treatment centre during the COVID-19 outbreak,” he said.

“As a result the A&E department at the hospital will be closed to walk-in patients in order to maintain a sterile facility to help fight this public health emergency.

“This is a necessary step in order to help keep the local population safe and I would appeal to the public to follow the guidelines around using the hospital.

“Local people need assurances, however, about the future of Daisy HIll Hospital, and guarantees that it will fully reopen after this emergency.

“Rather than create unnecessary uncertainty in these challenging times, the Trust should clearly indicate that Daisy Hill Accident & Emergency Services will return as soon as possible.

Last night Mr Wells said that he had received information “from a very reliable source” that the A&E Department at Daisy Hill will close on Saturday, with all future A & E provision in the Southern Trust area will be carried out only at Craigavon Area Hospital.
“It is almost certain the current C Virus crisis will be given as the reason for this decision and there will no doubt be assurances that this is a 'temporary' arrangement which will be kept under review,” he said.
“The people of Newry and Mourne will fear that once this crucial service leaves Daisy Hill, it will never return. Similar 'temporary' arrangements were implemented at Belfast City and Lagan Valley Hospitals eight years ago and there has never been the slightest suggestion that A & E will ever return to either site.
“Normally such a major reduction in the service available at a hospital would be the subject of a lengthy public consultation, but the Southern Trust is aware that the sweeping powers given to Government to deal with the C virus means that this does not need to happen in this case. The Trust also knows that public meetings and rallies to protest against the decision cannot be held in the present crisis.

“The people of Newry and Mourne will be incensed that this major service is being removed from their local hospital at a time when everyone's attention is focused on the crisis that is gripping the entire community.”