Special night of athletics planned for the Mall 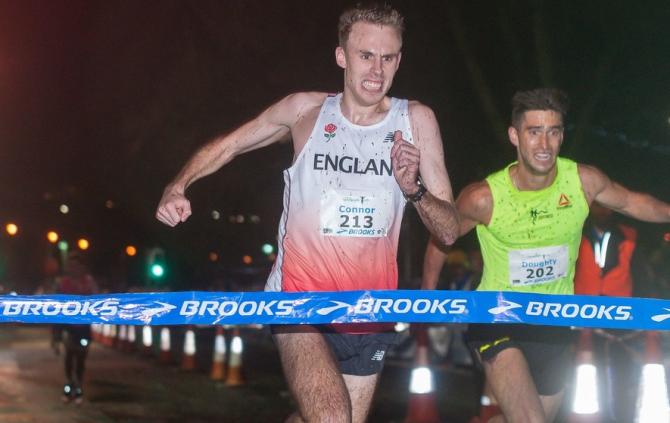 AFTER a protracted wait to sort out the logistics of internal flights the USA team has been confirmed for the Armagh International Road Race on Thursday 15th February. Top performer for the team is Jordan Mann who has previously raced in Armagh and recorded 13.47.11 for 5000M in July last year. Last June he also recorded a good 7.55.79 for 3000M.

Best of the English team selected from a trial before Christmas is Graham Rush with a best of 14.05 – previously ran in Armagh.

There will be an Irish team for both races to be confirmed shortly by the AAI and this may well include top athletes already entered like Hugh Armstrong, John Travers and Matt Bergin but we have to wait and see.

The Men’s 5K has some good athletes already confirmed including Dewi Griffiths os Swansea with a best of 13.33 – Yannick Michiels of Belgium best of 13.47, Sam Stabler of Wreake & Soar Valley 13.37.

The English women’s team includes Verity Ockenden 9.10, Sophie Harris and Amy Griffiths. Laura Weightman who holds the current record holder since last year with an 8.59 timing and defending champion is entered but didn’t get selected. She is the most high profile entrant with both Olympic and World finalist qualifying performances last year.

In the Men’s 5K John Travers looks best entrant from Ireland with a PB of 13.52. Also confirmed are Lewis Moses Darlington Harriers 14.01 who has run previously in Armagh and Swansea’s Kris Jones with 14.03.

Despite the imposition of a 16 minute qualifying time in the 5K the overall numbers entered have been maintained.