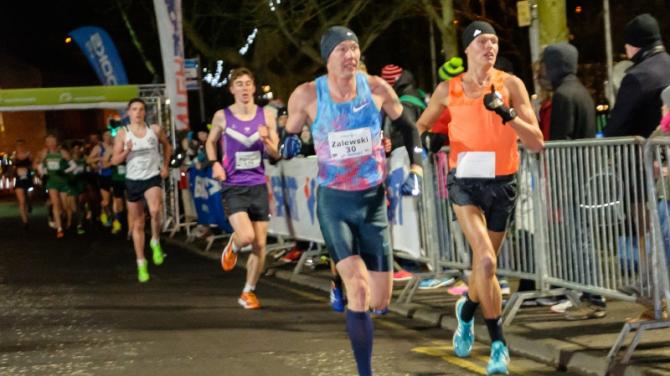 THE Armagh International Road Race, established back in 1990, has developed over the years into the premier road race in the world but is causing major accommodation problems for the organisers in Armagh AC.

Race Director James Vallely has been put to the ‘pin of his collar’ sourcing accommodation for all the athletes arriving in Armagh for the 30th Edition of the iconic road race.

Race Director Vallely is ‘burning the midnight oil’ checking out accommodation possibilities as close as he can get to Armagh as it would appear the local accommodation has been largely allocated.

In addition to the runners there are athletic followers from all around the world descending on Armagh for the event.

The race director is anxious to hear from anyone who might have rooms free for the nights of February 12th & 13th.

While not all National teams have been nominated yet there are strong teams listed for the Men’s International 5K including race favourites Team England, with Graham Rush, John Sanderson, Philip Sesemann and Liam Dee confirmed. Interestingly the English selectors have left off the squad former winner from two years ago Sam Stabler. Last year Sam broke the course record coming home in 3rd place. Information to hand puts him in line for a surprise win this year.

“I was caught on the final bend last year” Stabler is quoted as saying. “I don’t intend to make that mistake this year.”

Led by last year’s winner and course record holder the Finnish team intend to live up to their nickname ‘The Flying Finns’ and will be very hard to keep off the winners’ podium. Tope Raitanen, who blew everyone away last year, taking 11 seconds off the 10 year old record held by USA’s David Nightingale, has had an amazing 12 month success story since last February and could once again take first place and lead his team to victory. He is backed up by Jarkko Pusanen and Anti Imanki for a formidable scoring trio.

Poland has always provided strong individuals and teams over many years and this year, led once again by the former European Steeplechase Champion Krystian Zawlewski, backed up by Piotr Mulewizyk, Bartek Falkowski and Michal Rozmys, they could make the top podium spot.

Germany is fielding its first ever National team in the Armagh International and are a complete unknown entity, but judging by their track performances they could translate these into top class road race performances. The team comprises Andreas Keil-Forneck, Timo Kupper and Yannick Reiks.

TEAMS TO BE NAMED

To date the teams representing Scotland, Wales, Ireland and Northern Ireland have yet to be named. At the moment Scotland is dominating athletics across the water and punching way above their population in comparison with England. Wales are sending both national teams and development squads and have a few outstanding regular GB performers in their ranks. The Irish teams are always late coming in but given the outstanding performances last year in the European Cross Country Championships we can expect some great results from them.

Armagh AC is very conscious of the wonderful support accorded their race by the local Council going back to the Armagh City and District Council who started the ball rolling with generous funding and logistical support. This tradition has been carried on by the new Armagh City, Banbridge and Craigavon Borough Council who once again are the race’s major sponsors. There is continued support from Brooks Sportswear for the International Men’s 5K, Intersport for the Women’s International 3K and Linwoods for the Men’s Open International 3K. In addition the club is grateful to all the many Armagh businesses who continue to support the race programme through advertising in the programme and sponsoring individual junior races.

While a lot of attention is towards the big International event next month the work of the club in coaching and getting runners and teams into competitions all over Ireland continues. The Indoor and Cross Country season is in full swing and Armagh AC are very visible all over the country. The day-to-day coaching continues under the direction of the club’s dedicated team of coaches. Recently the club has had some success at Indoor meetings in Jordanstown and Athlone with Charlotte Leyburn taking 2nd in the U-18 80M Hurdles race at the Athlone Indoor stadium. This was during the North West Indoor Meeting where Sinead Quinn took bronze in the U-16 60M Hurdles and Ronan O’Hanlon had a good 5th place in his first ever indoor 1500M race.

Many of the club juniors will be running for their respective schools in the juvenile race series that is the highlight of the Armagh International Road Race year on year.

These races provide an unequalled spectacle with hundreds of young runners racing round the floodlit Mall. In recent years upwards of 1500 young runners have turned out regularly for the eight junior races supported by their parents and friends.

So make sure to get down to the Mall in good time for the first race scheduled for 6.30pm on Thursday 13th February.