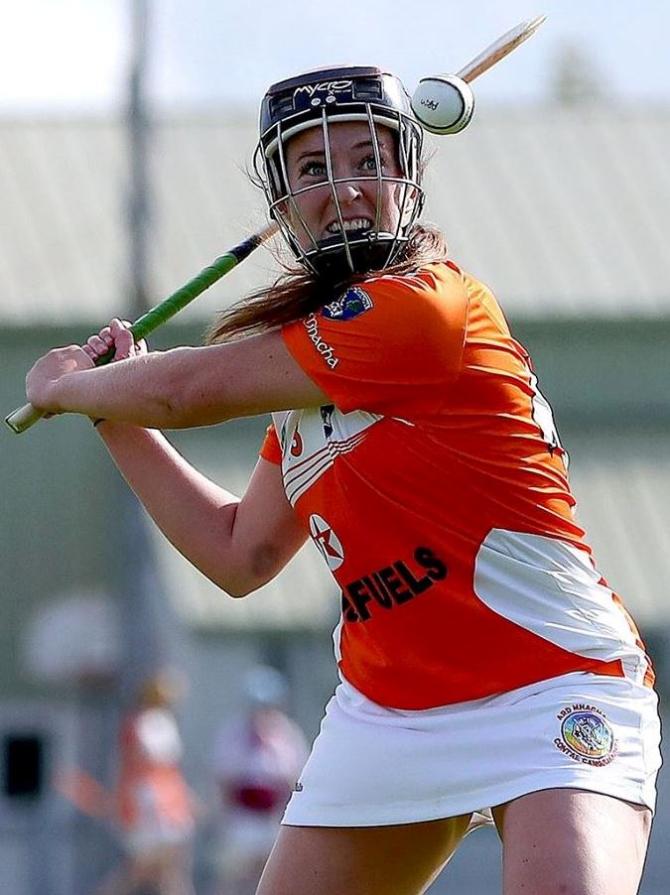 ARMAGH’S wait for a first victory in camogie’s National League since 2016 goes on following a predictable defeat by Kilkenny Seconds at Granemore on Sunday.

It finished 0-6 to 1-17 on a chastening afternoon when Armagh’s solitary point from play, courtesy of Ballymacnab’s Eimear Smyth, didn’t come until seven minutes from the end.

The other Orchard scores were all posted from dead balls by Eglish ace Ciara Donnelly, her first free finally getting Armagh on the board midway through a first half which had begun in ominous fashion.

The visitors were five up with only six minutes gone thanks to four points from play and a free, with another score soon following from Margurite Hoynes before Donnelly opened the Orchard account.

Armagh got three of the last seven points of the half with Donnelly landing two 45s, the second of them in injury-time, as the interval came with the impressive visitors leading 0-10 to 0-3.

Donnelly struck a free and a 45 within a three-minute spell late in the third quarter and Smyth eventually became the second home player to raise a white flag, but at least a somewhat depleted Armagh fought hard to ensure the floodgates didn’t open.

Being beaten badly at home by another county’s second string might seem demoralising, but Kilkenny really is camogie country with gaelic football barely registering.

Steffi Fitzgerald led the way with five points from play for the visitors, while Edel Coonan had three frees and a 45 among her five.

Lydia Fitzpatrick scored three from play before a final free, Hoynes hit two and Ciara Phelan one, while Aisling Nolan got the only Kilkenny goal on 38 minutes.

Having already lost to Derry and Tipperary Seconds, Armagh have rearranged games away to Dublin Seconds and at home to Laois still left along with this weekend’s scheduled final fixture against Kildare as they attempt to avoid relegation to Division Three.