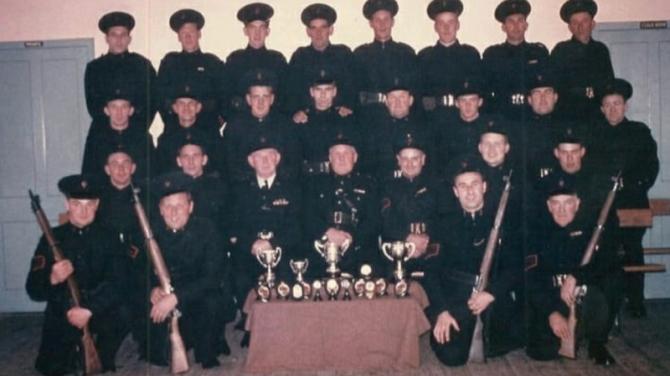 During the pandemic numerous individuals and organisations were unable to commemorate important anniversaries.

For many across Northern Ireland that disappointment included the failure to mark both the centenary of the formation of the Ulster Special Constabulary, and alongside, the 50th anniversary of its standing down.

In a bid to go some way to correct this imbalance, this month’s presentation will look at the formation, evolution, activity and disbandment of the force.

The presentation will be given by local historian Quincey Dougan.

Speaking to the Gazette, Quincey explained: “The Ulster Special Constabulary, better colloquially known as the B-Men, had its formation formally announced by the Government on 1st November 1920, and was stood down by the Government on 31st March 1970. Because of Covid restrictions these milestones were not suitably marked. The Redrock event is intended to do that, and indeed remember and honour the service of those men.

“The USC is generally observed by most historians as having kept a lid on the worst excesses of terrorism in Northern Ireland, and Tim Pat Coogan, generally regarded as the official historian of the IRA, famously once stated that ‘The B-Specials were the rock on which any mass movement by the IRA in the North had inevitably floundered’.

“Commemoration of the force is particularly important locally given its first casualty was murdered in South Armagh and was born just a few miles from Redrock. Robert William Compston hailed from Latmacollumn Road, Lisnadill. On January 13, 1921 Special Constable Compston died after being shot while protecting a postman delivering pensions in Cullyhanna."

The venue for the presentation is particularly appropriate given that it itself was home to a Platoon of the part time force, and a number of pictures of the local men will be on display before and after the proceedings.

A speaker will also be present from the Ulster Special Constabulary Association, and all those interested in the Specials will be welcomed to play a role in the Association, especially within the local South Armagh Branch of the body. Association membership is open to all who had a relative in the force.

The presentation will take place in Redrock Orange Hall on Tuesday, May 31, at 8pm.

All those interested in this important part of Northern Ireland’s history, all former members of the Constabulary, and all those who had family members in the force are welcome to come along.