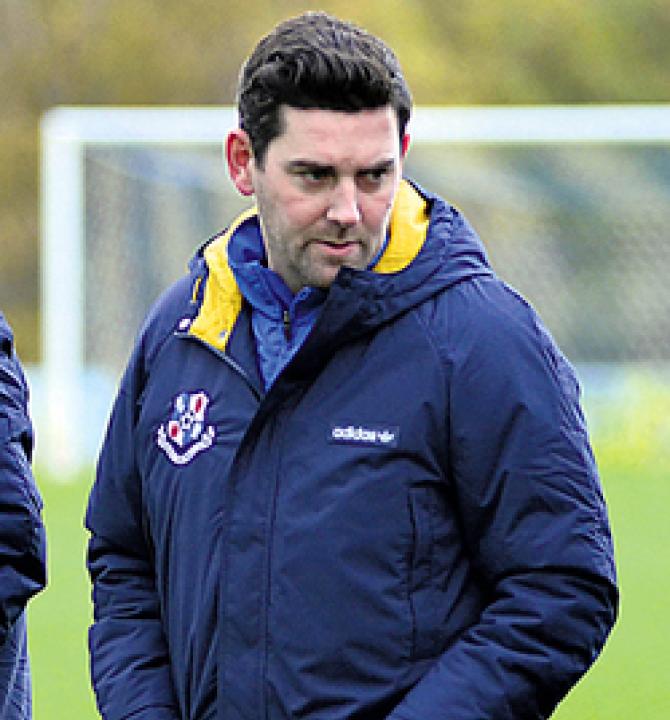 Loughgall manager Dean Smith hits out over the

LOUGHGALL manager Dean Smith has been left frustrated with the ‘chaos’ of their postponed fixture against Dergview.

The original fixture was supposed to take place on January 23, but the weather meant the game was postponed and re-arranged for last Tuesday evening.

Subsequently, more rain meant Tuesday night’s game was called off and the Northern Ireland Football League announced the match would take place on the Thursday.

After the pitch was deemed playable on Thursday afternoon, the match was postponed once again hours later due to a waterlogged pitch.

“It has been a chaotic few days for us,” Smith said.

“We were gutted that the game was called off on the Saturday and Tuesday as we have a lot to play for.

“After being told the game would be on at 2:30pm on Thursday, it was then called-off later on and that’s the most frustrating part.

“Nobody can control the weather, but it seems like people involved at the Northern Ireland Football League didn’t know what was going on.”

Smith was also disappointed with the late calls to postpone the fixture on Tuesday and Thursday as his players had to leave work early in order to travel up to Castlederg.

“The initial game on Tuesday night was called off very late,” Smith added.

“Our players had already left work and arranged to meet up to travel up to Castlederg.

“Then, on Thursday, the same thing happened with the late postponement, but we are unhappy with the fact that we would have had to play two games in 48 hours.

“I think people forget that our players are part-time and it’s a four-hour long trip to and from Dergview.”

After securing a win against PSNI at the weekend, the Villagers turn their attentions to tonight’s fixture at Dergview as they compete with Larne for a top six place in the Bluefin Sport Championship.

In the interest of fairness, the Northern Ireland Football League re-arranged Larne’s fixture away to Portadown to also take place tonight – a decision which Smith finds ‘understandable’.

“Larne are in the exact same position as us and I think re-arranging their game is understandable,” Smith continued.

“On the other hand, you can argue that Portadown are losing out on revenue generated from a Saturday fixture.

“However, Larne want to be in a fair position and we would want the same, so it’s a good call.”

“It is a massive game for both teams,” Smith said.

“I really hope the game goes ahead as we don’t want to play a fixture on a Thursday night ahead of our Irish Cup tie against Ards.

“We know the pitch will be cut up from their game against Limavady, but both teams have to play on it.”