'Tip' us for return to glory 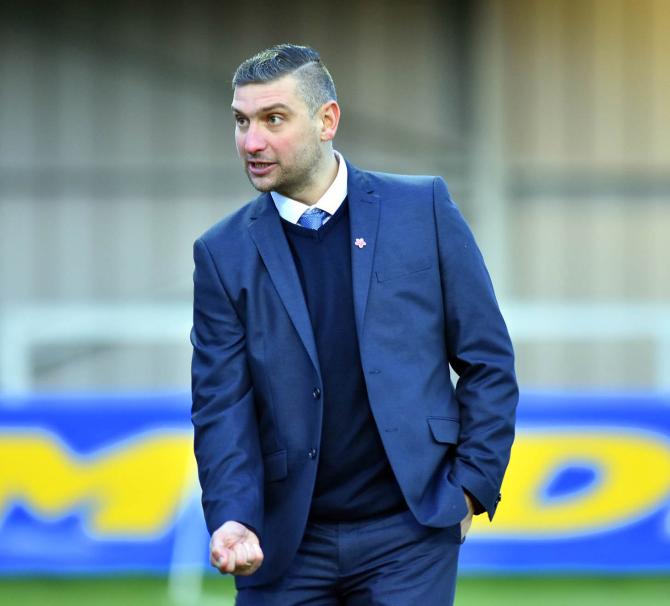 MATTHEW Tipton has been named as the new manager of Portadown.

The 37-year-old left his position as Warrenpoint Town boss last Wednesday and has agreed a contract at Shamrock Park until the end of the 2019/20 season.

Tipton spent 18 months as a player at Portadown before joining Linfield and applied for the manager’s job that was given to Niall Currie.

Despite dropping down a division to the Bluefin Sport Championship, Tipton admits he is excited by his latest challenge.

"This was an opportunity that I felt was the right one for me at the right time," Tipton said.

"Having spoken to the guys, I feel like this club is going to go places and go quickly.

“I want to be a part of that from the start, not jump on halfway through.

"If it wasn't for Portadown I wouldn't be in Northern Ireland," said the Welshman. "It's a club that is close to my heart.

"From a purely selfish point of view I didn't want to see someone else take this club where they want to be. I want to be that manager and believe I can bring success here.

"Even taking the emotional attachment out of it, this is a job I would have wanted.

"Portadown are one of the biggest clubs in the country.

"I have had offers to go to other clubs but turned them down because I felt I was working at something at Warrenpoint that I thought I could continue.

“Opportunities don't come around often and I didn't want to miss this opportunity."

Having earned promotion with Warrenpoint last season, Tipton insists he will take each game as it comes but will hope to achieve ‘high standards’ from his players.

"The club's not where it wants to be. We know that,” Tipton added.

“There will be no promises given and no targets made. I've been in football too long for that.

“It will be made clear that high standards are expected. That's all I can promise.

"We've a project here now and we're not going to get back to where we want to be overnight.”

Tipton acknowledges he wasn’t ‘experienced enough’ for the Portadown hotseat the last time around, but is happy to finally have secured a move back to Mid-Ulster.

"Did I always see myself coming back? I always had ambition," Tipton continued.

"I put an application in two years ago but realised I wasn't experienced enough to go to a club of this size.

"I've learnt a lot about myself and about football and Warrenpoint and now I'm delighted to be here."

Tipton paid tribute to the club's supporters who have always held the former striker in high regard despite his exit to Linfield as a player.

"The fans are the foundation of a club," Tipton stated.

"They've backed this club through thick and thin. Now we have to give something back.

“We have to give them a reason to turn up here and encourage us. You can't expect to roll up and be given that as a team.

“If fans see you doing the right things, you will get their backing. I want the players to give them a reason to turn up."

Two former Portadown men will be on Tipton’s backroom staff as ex-‘keeper David Miskelly joins as an assistant, as well as Chris Wright on a first-team coach basis.

"David played here for 12 years and is a legend at this club,” Tipton concluded.

“We go back a long way and he was always going to be my assistant. I trust him implicitly and his knowledge of football is second to none. He's good for me.

“He'll slap me down when I need it, which is quite regularly.

"Chris is a Portadown man through and through. I did a few coaching sessions with him and I was impressed with him.

“When I was approached at Warrenpoint, I asked him to come. I'm really impressed with his work.

“He's passionate and as a Portadown fan, that's good but it isn't the be all and end all. It's different when you're working in it.

“Chris knows how to win games and how to separate being a fan and a coach."

The appointment of Tipton has been greeted with happiness from Portadown supporters on social media. However, the former Macclesfield Town man will have to wait for his first game as Ports boss as Friday night’s fixture against Newry City fell victim to the weather.

As for the ‘Point they have replaced Tipton with 25-year-old Stephen McDonnell who will take charge of team affairs until the end of the season.

McDonnell is a former player at Milltown and recently received his ‘A’ licence.