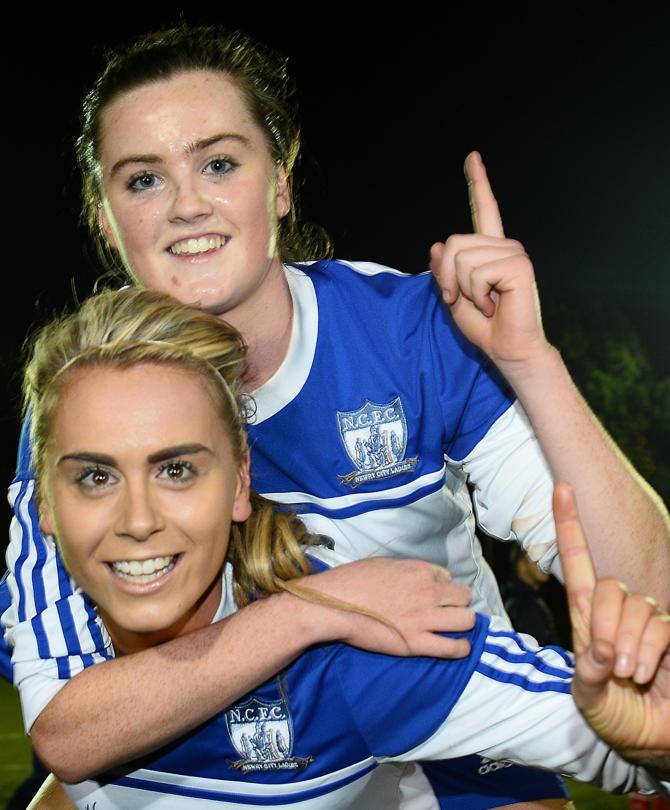 ARMAGH  ace Aimee Mackin will be playing for a new NI Women’s Premiership soccer club after she returns from her second trip to the Far East since Christmas.

The 20-year-old Northern Ireland international has signed for Sion Swifts following the demise of her local club Newry City Ladies and will line out for them when the new local soccer season starts next month.

Meantime, the multi-talented Camlough athlete leaves today (Tuesday) for the ladies gaelic All Stars jaunt to Thailand, having spent New Year in China on tour with her club Shane O’Neills. This is the second All Stars tour of Mackin’s exceptional career to date, having been on the winning team on the trip to San Diego this time two years ago, when the opposing side was captained by her Orchard colleague Caroline O’Hanlon.

Mackin was up against four familiar faces with former Orchard boss James Daly managing a team led by O’Hanlon which also featured Mairead Tennyson and Sinead McCleary, but she had the last laugh. This time Mackin will be the sole Orchard representative on the trip to Thailand, her reward for picking up her second All Star last November, and she is already causing a stir in 2018.

The prolific forward has top-scored for Armagh in each of their four National League games this season so far and Aimee was the name on everyone’s lips at the weekend for her exploits with Ulster University. With Mackin on fire, the Jordanstown students won the Lynch Cup by comfortably beating Garda College and Sligo Institute of Technology on finals weekend in Dublin. The clip of her stunning solo goal in Friday’s semi-final, when she left three opposing players for dead with deft footwork before delivering a fantastic finish, went viral and prompted quips about whether deceiving and eluding the police should be an arrestable offence!

Although she has opted out of international soccer in recent years to concentrate on playing gaelic for Armagh, Mackin hasn’t hung up her boots at club level in spite of Newry crashing and burning after a meteoric rise.Their quick climb from obscurity to being crowned champions of Northern Ireland was the stuff of folklore and Newry City came close to claiming the top prize again at the end of last summer. They had bolstered their squad by bringing in a batch of Brazilians as well as making a number of formidable domestic signings, but the short-term mentality has failed to deliver a sustainable base.

News that Newry City Ladies had folded was officially confirmed following Sion Swifts’ announcement that Mackin and Newry clubmate Moya Feehan, another Shane O’Neills gaelic player who has worn the orange jersey of Armagh, had joined them for the new season. Otherwise Mackin signing for a club based so far from home would have seemed strange given her heavy gaelic commitments, lack of geographic connection with Sion Mills and the fact that it was hardly likely to be a big money move.

It wasn’t an obvious step, unlike her Orchard colleague Caroline O’Hanlon signing for British SuperLeague netball giants Manchester Thunder, or the multi-talented Leah McGoldrick joining Ulster’s sole All Ireland League club, Belfast-based Cooke.
However with Newry no more, Mackin had the choice of throwing her lot in with a Belfast side or one of the country clubs and decided Sion Swifts fitted the bill best, though Portadown might have been an option closer to home. Mackin’s first competitive match for Sion Swifts is set to be a North West derby at home to Derry City on April 25, three days after she hopes to be involved in an NFL Division Two semi-final for Armagh ladies.