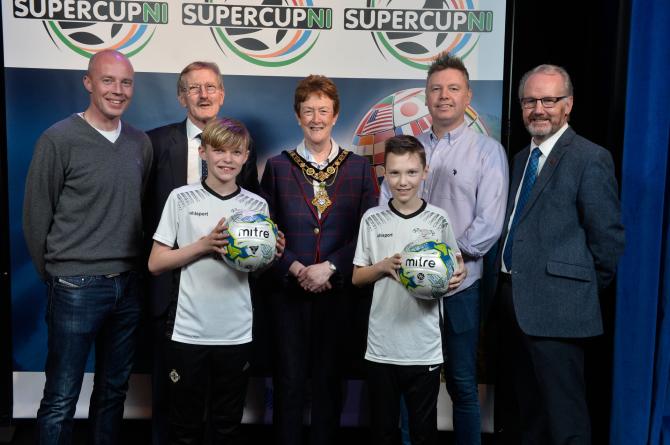 The Shamrock Park youngsters were drawn in Group A alongside West Ham United, Dungannon United Youth and hometown side Coleraine FC.

There is a ‘Belfast Big Two’ derby in Group C as Linfield and Glentoran are pitted against each other, with Glenavon FC and SPL Academy side St Johnstone completing group C.

The Minor U13 section draw took place at the Ulster University in Coleraine last Thursday evening, which will play host to all of the games, except the final which will take place on Friday at the Coleraine Showgrounds.

West Ham United will return to the tournament for the first time since 2000 and their manager David Moyes will be delighted to see the club represented at the tournament which is close to his heart.

Moyes’ mother was born and raised on the North Coast and he regularly sent Everton sides to the competition and he officially launched the 30th anniversary tournament back in 2012.

Scottish side St Johnstone are no strangers to the North Coast and they last appeared in the U16 section back in 1998.

Youth coach Alistair Stevenson is a big fan of the tournament and he was in charge back in 1998 and Stevenson is now in tasked with looking after the Academy at the Perth outfit, which is of course managed by ex-NI international goalkeeper Tommy Wright.

The Minor section will get underway on Monday, July 23 and conclude on Friday, July 27. The tournament will once again get commence with the parade through the streets of Coleraine and the opening ceremony at the Coleraine Showgrounds on Sunday, July 22.