Villagers look ahead rather than behind 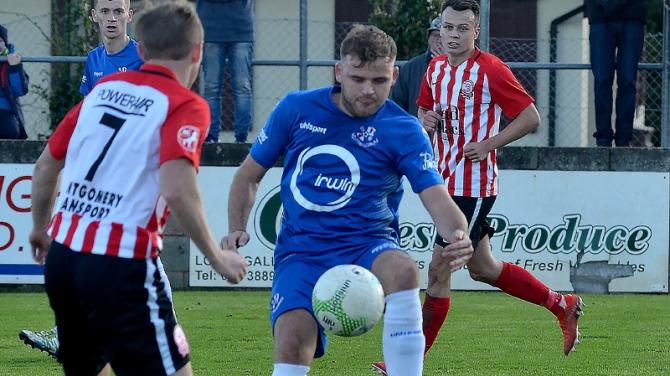 Back on August 30, when the sides met at Dixon Park, Loughgall – who had trailed 4-0 at the break - produced a magnificent second-half recovery to win 5-4.

But Saturday saw them rocked by goals either side of half-time - and on this occasion there was no miraculous fightback.

Instead Smith’s men conceded a third goal and even when they managed to pull one back in the dying minutes, the visitors promptly cancelled that out.

That heavy defeat has seen the villagers surrender their leadership of the Championship race to Portadown. Both now have 30 points, with the Ports shading the verdict on goal difference. What a derby it promises to be when the pair meet at Shamrock Park on November 23.

Smith told The Gazette, “It’s not about what happened against Ballyclare, it’s about how we respond. Inside a week we have a chance to put things right.

“We know what went wrong - we could have defended better and we should have scored more than the one goal we got. But I’m not going to criticise my players because up until now they have done brilliantly for us.

“So there was no screaming or ripping the paint off the dressing room walls. These guys don’t need that from me; they know it’s been a bad day at the office.

“That happens; even the best have off-days. Manchester City and Barcelona lose sometimes. That’s football. And when that happens, you get back to work.”

Putting things in perspective he added, “If, at the start of August, somebody had offered me two defeats in the first 14 matches, 30 points and second only on goal-difference, I’d have been happy to take that.

“We’ve had the rub of the green a couple of times this season, but against Ballyclare that didn’t happen. So we’ll train hard on Tuesday and Thursday and hopefully we’ll be ready when PSNI come here on Saturday.

“Sometimes the guys you rely on a lot have a day when things just don’t come off. But I’m not going to blame them, because most of the time they’re excellent for us.”

As for the fact that new table-toppers, Portadown, squandered a three-goal lead against Queen’s, Smith’s composed response was, “We can only look after ourselves. IWhen you’ve done that, then you look around to see who else has done what.

“Yes, sometimes a result elsewhere helps, but you can never rely on that. The bottom line is that we look after the things we’re responsible for – it’s nobody else’s job to do us favours.

“We know we’re better than we looked today, but we have to keep proving that on the pitch. There are no gimmes in this league – any team can beat any other on their day.

“Next Saturday gives us a chance to bounce back. I’ve told the boys not to dwell on what happened today, but to keep their heads up and be proud of how we’ve been going so far.

“On Saturday they have a chance to redeem themselves. And given what I know of this group of players, I’ve no doubt that’s how they’ll approach it.”