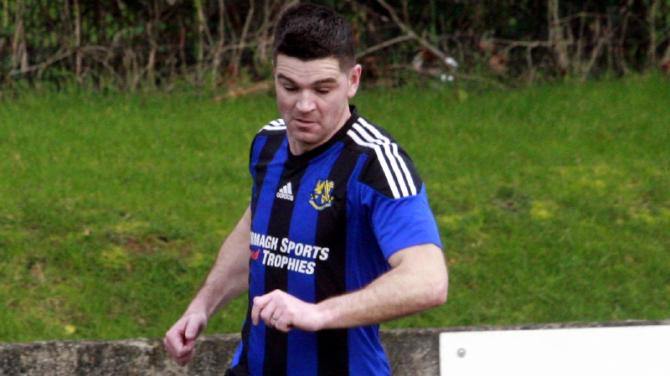 WHEN you’ve lost each of your previous four matches in a variety of competitions, the last thing you need is a meeting against high-flying opponents.

But that’s the reality Armagh City FC face this Saturday when they host Newington Youth in the Premier Intermediate League.

As things stand, player-manager Shea Campbell’s locals are ninth of the 11 runners, the field having been trimmed from a dozen following Lurgan Celtic’s withdrawal from the competition.

It’s a worrying scenario, for after a promising start to 2019/20 – a draw and a win in their opening two league fixtures - City have gone right off the rails, witness defeats in three knock-out cup competitions and a draw and a defeat in each of their past two PIL outings.

Their league record at this point is played 4, won 1, drawn 1, lost 2, goals differential -5, total points 4. Compare that with the form of this weekend’s Holm Park visitors; Newington are third, their record being played four, won three, lost one, points 9.

They trail leaders Annagh United by three points and second-placed Portstewart by one. Significantly, however, Newington have a match in hand of each of the top pair. In the circumstances, City will seek for any glimmer of hope and grasp at every available straw.

So here’s one; Newington’s one PIL blemish was a 5-1 thrashing by Portstewart last weekend.

Both sides, therefore, have every incentive for wanting to win this one, albeit for very different reasons. In Armagh’s case it’s about stopping the rot and starting the climb away from the wrong end of the table. For Newington, it comes down to responding positively in order to keep the heat on the pair above them on the ladder following last Saturday’s hefty defeat.

Last time out, City made their Tennent’s Irish Cup exit as a result of having lost 4-3 to Tullycarnet in Dundonald, so they will go into this Saturday’s fixture with their morale and their self-confidence at a low ebb.

With second-bottom Banbridge Town hosting pace-setting Annagh United this weekend, Armagh will have their fingers crossed that the Portadown outfit can do them a favour by winning at Crystal Park.

In the other game of particular importance to the locals, bottom-of-the-table Tobermore entertain Lisburn Distillery at Fortwilliam Park. There, too, the best outcome from a City perspective would be an away win, not least because Tobermore – currently two points shy of Campbell’s side - have a game in hand of them.

This will be the locals’ first home date in the PIL since September 21. Almost as ridiculous is the fact that they won’t then have another Holm Park fixture until December 7.

The football authorities really do need to get their act together regarding their running of what is the third tier of the club game in Northern Ireland. No home matches mean no income for weeks at a stretch and that makes running a club at this level very difficult indeed.

‘Must-win’ is a term too readily bandied about in today’s sporting parlance. But if Armagh City haven’t quite reached that stage just yet, ‘could-certainly-do-with-a-win’ is no exaggeration.