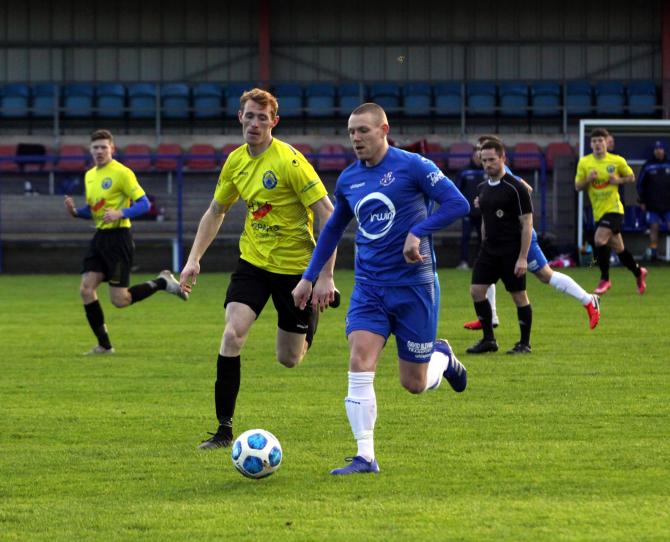 Action from a recent Loughgall game at Lakeview Park.

ARMAGH City, Banbridge and Craigavon Borough Council’s elected representatives are to be kept informed about the progress of a consultation for a stadia funding scheme.

A progress report on council’s efforts to ensure it works with local football clubs to prepare for the opening of the stadia fund, which is expected within the next six months, was presented to members of council’s leisure and community service committee.

The report notes that council officers are set to conduct an open survey reaching out to all football clubs to gain an understanding of current and future facility needs, along with what support may be required to submit an application.

Council has also shared information to sports clubs about its Partnership Policy allowing clubs to request tenure of certain facilities across the borough on Friday, January 8.

Speaking at January’s meeting of the committee, the Chair, Councillor Catherine Nelson told officers it would be important to ensure that no club could say they had not been consulted in relation to the stadia fund.

“Can you ensure that councillors are kept abreast of how the consultation process is progressing,” said Cllr Nelson.

“It is important that the information is emailed to clubs as well. We can’t just rely on social media posts as it is possible not all clubs will see these posts.

“If members can be kept updated on it, it should help remove the possibility of clubs saying they were not consulted about the scheme.”

Alderman Stephen Moutray, who brought forward the motion calling on Council to support clubs seeking to access stadia funding in October, thanked officers for their efforts on the scheme to date.