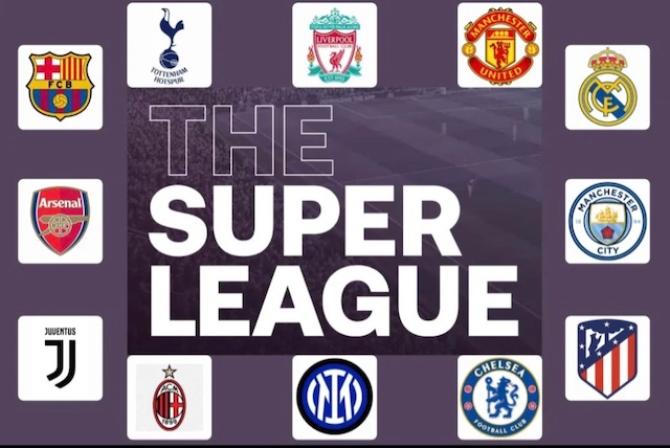 YOUR columnist became a Manchester United fan because one of my earliest sporting memories was our own Norman Whiteside scoring the winner in the 1985 FA Cup final.

It was a good victory over Everton, who were a real force in English football then, especially considering Republic of Ireland defender Kevin Moran was sent off in the big game.

Having listened to the match on the radio at the time, the commentary on Whiteside’s decisive strike by the late, great Peter Jones remains imprinted on my mind.

Everything is so vivid as a child that, although the clip isn’t heard often now, one could still recite almost verbatim the words of Jones, who remains my favourite football commentator.

Man United notionally remain my team too, though one suffered for it in those early years when most of my peers at school were supporters of the much more successful Liverpool.

Back then, in a period of famine, you couldn’t have accused new United fans of glory-hunting as Sir Alex Ferguson came close to the sack several times after replacing Ron Atkinson.

Of course, the rest is history and the canny Scotsman presided over great glories, including that stunning treble which featured two trophy wins in the space of four days in May 1999.

After that slow start, Ferguson enjoyed great success in a remarkable Old Trafford reign lasting more than a quarter of a century and he has been a very hard act to follow.

So there have been plenty of highs for fans of the Red Devils during the past three decades while traditional rivals Liverpool went without a league title win from 1990 until last year.

Back then, before the breakaway which created the modern-day Premier League, the title Liverpool won was simply known as the first division and so much has changed since.

Continental club competition has been transformed too, with the Champions League replacing the old European Cup and being greatly expanded to take in extra teams.

The biggest change has been multiple teams from particular countries qualifying for the Champions League rather than just national league winners chasing the top European prize.

Since coming on the scene in 1990, Sky Sports transformed football coverage in England, paying huge fees for rights and paving the way for other subscription channels to appear.

Some of the effects of the landscape changing have been fewer matches kicking off in the traditional slot of 3pm on a Saturday and incredible inflation in wages and transfer fees.

The world of football looks very different now to when Whiteside scored that winning goal but everything that has happened pales in comparison to what was proposed in the past week.

Suggestions that a dozen of the continent’s biggest clubs had signed up for a new European Super League began emerging last Sunday before being announced near midnight.

By bedtime on Tuesday, the preposterous proposals were dead in the water after a furious backlash by fans and almost everyone in the sport prompted a retreat by the instigators.

Money has talked in football for a long time now but, for once, people power prevailed and what would have effectively been a ring-fenced franchise competition has been binned.

It seems unlikely that the rebel clubs will be punished for their treasonable behaviour, but their hierarchies have had their wings clipped publicly and will have to lie low for a while.

Professional football has arguably become much more about business than sport but the pure passion of fans for their clubs and demand for authenticity can’t be doubted.

This writer is a much more casual follower of football than those bona fide fans and my affinity for Manchester United now is well down the list of my sporting priorities.

It’s still the club I want to win trophies, but the fact they’re probably not in the top 10 teams I care about most across a range of sports probably confirms I’m not a ‘real’ football fan.

Hardcore supporters are those who faithfully follow lower league clubs home and away, and hate missing a match, but there are plenty of bandwagon jumpers who follow the big brands.

It is those infamously fickle casual ‘consumers’, not least in mass markets like the Far East, that those behind the ill-fated European Super League were hoping to pitch their ‘product’ to.

However, that over-rich diet doesn’t necessarily appeal to those of us who love sport in the purest sense and the closed shop proposed spits in the face of football tradition.

It has always been possible in football to rise through the ranks, fall from grace or find your level, though there has been a widening gap at the top of the English game in recent years.

Foreign ownership has been a thorny issue in the modern era and, with the remarkable exception of Leicester City, it has been only the usual suspects challenging for the title lately.

By Arsene Wenger’s own admission, qualifying for the Champions League became Arsenal’s top priority every year in the later part of the Frenchman’s time as manager.

Being in Europe’s top club competition was imperative for financial reasons with that famous footballing institution, the FA Cup, playing second fiddle for a growing number of teams.

For those at the other end of the Premier League table, top flight survival was also much more important than any knockout competition, or associated sentiment and tradition.

Football losing its soul is probably partly to blame for my diminishing interest in the sport in adult life, though with so much media exposure, you still have a fair idea of what’s going on.

Because there is such saturation coverage, it’s easy to keep abreast of what’s happening at the elite end of football to some degree, albeit without the hunger for detail like in childhood.

As a young boy with an active interest, good memory and not much else to fill my mind with, one could have reeled off most of the line-ups of the teams in the old first division.

Even now, nearly 36 years on, the names of all but one of the United FA Cup final team were readily recalled off the top of my head, with right back John Gidman the exception.

Being able to recite those names even now probably owes a lot to nostalgia, how well we remember childhood heroes and a tendency to keep a flame for first loves including in sport.

By the same token, I could also rattle off flawlessly the Irish rugby team which won the Triple Crown in that same spring of 1985 and English cricket’s Ashes heroes of the summer.

The re-formed Derry City side was also a source of fascination to me at the time so the BBC documentary at the start of this week brought to mind a few familiar names.

From Frenchman Pascal Vaudequin to England’s Denis Tueart, Scottish centre back Stuart Gauld, Nelson da Silva and Oscar da Gama, it was a cosmopolitan squad at the Brandywell.

Other stalwarts one remembers from that era include player-manager Noel King, Ray McGuinness, Kevin Mahon, Jack Keay and the Pauls, Carlyle, Curran and Hegarty.

Northern Ireland international Felix Healy’s homecoming from Coleraine bolstered the side as did the signing of forwards Jonathan Speak and future club legend Liam Coyle.

By the late eighties, however, my attention had switched to the star-studded squad Ronnie McFall was assembling at Shamrock Park who would bring great glory to Portadown.

To my shame, naming modern day Derry City or Portadown players would be beyond me, unlike with Manchester United, so maybe your columnist is guilty, like others, of focusing too much on those big global ‘brands’!