An interview with Gavin McGilly 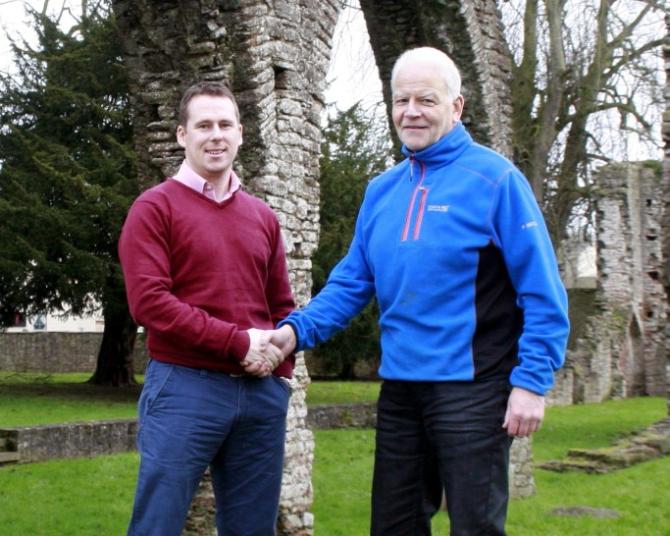 An Armagh native, born and bred in Annaghmore, Gavin, whom I’ve known personally for over a decade, has reached the pinnacle of club coaching success and his chequered coaching story, over a long period, is worthy of telling.

I met Gavin for an interview and by its end his story had morphed into five chapters based on five simple questions that I
asked him.

Chapter One: A Chequered Journey
J.M. – When did your chequered journey begin?

G.McG. – His first response began with the detailing of the end of his current journey. Gavin informed me that the Moy’s success was achieved over the course of exactly one year. Their first training session was on February 3, 2017 and their last – the All-Ireland Intermediate Club Final – which was played on February 3, 2018.

Before he elaborated on the course of his journey, Gavin said that he felt that throughout the years many things happened that were connected and were meant to happen, e.g. he was in the same year throughout his second level school days as Sean Cavanagh, and this year Sean was with him in the Moy’s success. In that time, Gavin and Sean won Corn na nOg, Dalton and Rannafest Cups but lost out in a Macrory Cup.

Both went to university and went separate ways until meeting up again this season. Gavin began teaching in a primary school but quickly moved to work with the Ulster Council GAA, first for six years as a Games Development Officer in Belfast and this is where his association with St Mary’s and Paddy Tally began.

Earlier Gavin began playing senior football with his club at aged 15 and under Seamus McCann and Declan Fox lost in a 2003 junior final to Belleek. Gavin had also won an under-21 championship as manager/coach with Naomh Eoin and while coaching the U16’s, he secured their first ever championship title. In the 2012-2013 season, Gavin had to retire after a serious hip injury and he resigned himself to coaching after that. In 2014, he flitted between coaching his club seniors, Annaghmore and St Mary’s, his first encounter with Paddy Tally. When Paddy went to coach Derry in 2012, as well as St Mary’s, Gavin became full-time with the University College. They reached a Ryan Cup final but success then came with his club, Annaghmore whom he coached to a junior title and reached senior status as a club in 2013. They had beaten Clonmore in the junior final where he met his future wife, Kerrie. Her father Paudge Quinn, was a stalwart for Tyrone who scored a goal in the 1986 All-Ireland final against Kerry. As things just seemed to happen for Gavin, he joined Clonmore as coach under Paudge Quinn, his father in-law, as Kerrie and Gavin were married that same year. Clonmore went on to win the junior title that year. By now Gavin and Kerrie had moved in 2016 to live in the Moy and soon Gavin was joint manager linking up with his school friend Sean Cavanagh. Gavin had stayed also with Paddy Tally and St Mary’s and with St Mary’s and the Moy, Gavin was manager/coach in their each historic win – the Universities Sigerson Cup (February 2017) and the All-Ireland Intermediate title (February 2018).

A life steeped in coaching has reached deserved success at the pinnacle of Gavin’s sport.

I texted my congratulations soon after the Moy had won their All-Ireland and this is the reply I received from Gavin.
“It wasn’t until after yesterday’s interview with you John, that I fully appreciated what I’ve achieved over the last 12 months. Became a father to Harry, manager of Sigerson Cup champions, Tyrone, Ulster and All-Ireland champions with the Moy and finally The Gaelic Life Football Manager of the Year. What a year! It’s been unbelievable! Thank you for recognising this, John.”
Passion, inspiring yet humble, that’s Gavin.

Chapter Two
J.M. – Who most influenced, inspired and/or mentored you in your sporting life?

G.McG – My parents, Patricia and Jim began my journey as mummy enabled me to do what I did while daddy encouraged, advised and both were always solidly behind my efforts. My principal Paul Duggan when I taught in St Malachy’s Primary, Armagh. Bill Devlin and Derrylaughan man, Seamus McCann when I played with my club seniors. Martin O’Farrell, my coach and teacher at St Pat’s Academy, Dungannon. Paul McGrane whom I worked under as a coach with Armagh minors, Terence McWilliams and Dessie Ryan during my days with the Ulster Council and university respectively.

Finally I owe a lot to Paddy Tally and Ciaran Kearney at St Mary’s and “the man with the pen” and then it was my turn to be humbled when I realised he was talking about myself. “Yes I networked with many other coaches”, said Gavin. “But those I’ve mentioned were my greatest influence, inspiration and mentors who moulded me as a coach and perhaps in other facets of my life.”

Chapter Three: Medals or Memories
J.M. – In your career you’ve earned medals and trophies but are memories more important and lasting?

G.McG – Without a doubt! As a son, husband and friend, I’ve been privileged to share lifelong wonderful memories with those I love and care for most and without their help and support, I certainly wouldn’t have earned what I did.

I can’t put into words, the joy of so many of the Moy people that were so happy with the way their club brought home the ultimate prize in their sport. Their success will leave a huge and lasting legacy for both the club community and the village community and district. Therapeutic it will be!

But in my time, I’ve also felt the pain of defeat and so I went into Glaveys dressing room for some time after the game. “I saw the devastation in that dressing room. That scene moved me to ask the team to put their jersies back on and they did. As they then huddled around me, I told them to look across the room at each of their team-mates to ensure none of them would ever forget their fabulous 2017 journey and the many new friends they met on the way. I told them that when they arrived home in their home village of Ballinough, Roscommon they’d be assured that a massive crowd would be there to meet them. I told them that the Moy could have lost out on the day but reminded them that both teams can come back stronger. Victory and defeat will soon pass in the mind but your memories of 2017 will be lasting. As I left the dressing room, I sensed that their devastation had eased. What a memory that will be for me!”

Chapter 4: Gavin’s Coaching Philosophy
J.M. – As you’ve developed have you followed a particular coaching philosophy or ethos or simply what is your approach to coaching?

G.McG – Bascially my approach is twofold. Firstly, ENJOYMENT is essential for both my players and myself. I’ve found ‘having the craic’ breaks barriers rather than ‘dictate’. I make a point of finding out each player’s ‘story’ away from the sessions and games – their family, their work, their hobbies, their dreams, their fears, their pressures and commitment. I’ve got to factor all these into my dealings with players if I am to connect with them and get the best out of them.

Secondly, to help create for staff and players a BALANCE between ‘life’ and their sport. It’s VITAL and I’ve tried to accommodate the trials and tribulations of my players, as well as supporting them in their times of need. At training, above all else is to have them playing in training the way they will play in competitive games. It’s paramount that training games then must have a purpose rather than just a game for the sake of playing a game. In short, my philosophy is a co-operative, team-centred approach, with players encouraged to ask questions and make suggestions as communication is a two-way process.

Chapter Five: The Future?
J.M. – In conclusion, Gavin, what does the future hold for you?

G.McG – “I have four goals for the future in no particular order. The first is to win a county title – senior, intermediate or junior and perhaps a senior county title somewhere and I include my own club in that.

Secondly, I aim to manage a team to play in Croke Park and thirdly, to win an All-Ireland title in Croke Park, be it club or county. In time and fourthly, I’d love the opportunity to manage my own county’s senior team.”

These visions and hopes, Gavin said he’d attempt to achieve all four inside a twenty year timespan. Gavin’s last comment to me was strong and full of conviction, “I believe it will happen.”

I found Gavin’s story captivating as I hope it is for you the reader.