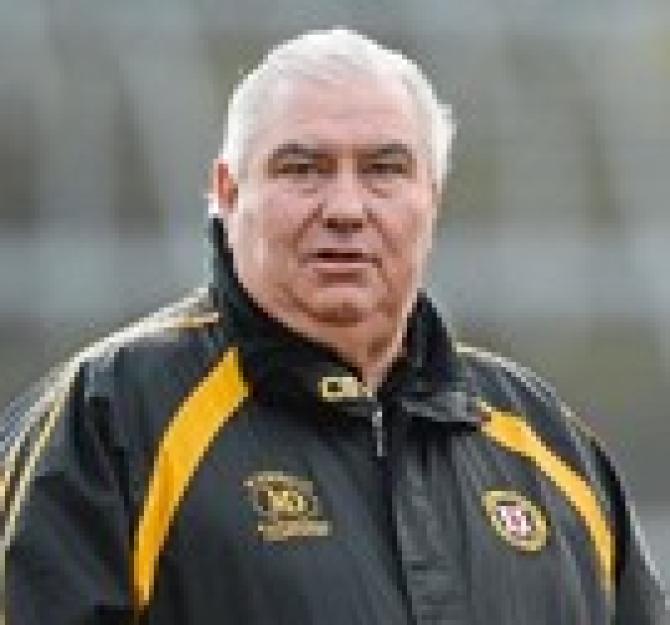 THE most successful club and county manager in Armagh, Joe Kernan, has officially announced his retirementfrom gaelic football management.

Joe will be sorely missed along the sidelines of club, county, provincial and worldwide fields.
Affable yet direct, humorous yet driven, playful yet meticulous in all he did, approachable and welcoming, Joe always put his team first.

Joe spent a year with Galway but was also in charge of the Irish International Rules Team and the Ulster provincial ‘Railway Cup’ teams. Recently, Joe has been heavily involved in his club committee, acting as chairman, and I’m sure in the future he’ll continue to be an ambassador to Armagh and I’m sure County Boards in Armagh will use him as an advisor on the future of gaelic games in the county.

Joe rarely misses an Armagh County game now and on behalf of myself and all Armagh gaels I sincerely thank him for his wonderful service for Armagh and wish him and his wife, Patricia, well in his retirement away from the sidelines.

While Joe was County manager, four of his sons, Stephen, Aaron, Tony and Paul, played for the Orchard at Senior level and in recent times, a number of sons have followed their ‘manager’ father into the County ranks.

When Jim McCorry succeeded Joe and Paddy as Armagh manager, Jim’s assistant manager and coach John Morrison has watched his son, Patrick, play in Armagh’s senior colours as goalkeeper. In the nineties, Peter Rafferty as manager won an All-Ireland U21 (County) title, with Peter’s son, Ethan, one of Armagh’s current potent forward line, excelling this year.

When Bro. Ennis took Armagh to a 1992 All-Ireland Minor final, Seamus Heffron was his assistant and Seamus’s son, Shea, although taking a year out with Queen’s, has played for the Senior County side and is expected to return to the County squad next season.

Recently the GAA hierarchy may have shot themselves in the foot as the NFL Div 3 and Div 4 finals may not be played in Croke Park, as a prestigious double-header for the finalists from the lower divisions, because of fixture changes forced by last weekend’s cold weather. They will instead be split up at separate venues.

The double header finals were to be played on March 31st, but London’s involvement in Div 4 has meant a series of refixtures which includes now pushing the Div 4 final back to April 7th/8th.

The possibility of the Div 3 final being played on April 1st as the first game in a Croke Park triple-header with the Div 1 and Div 2 was ruled out by the GAA hierarchy.

Thus the Div 3 and Div 4 finals will be stand alone games but not in Croke Park, due to ground opening costs and what would appear a poor spectacle on TV. With both finals likely to be put back into the first week in April, the GAA has already broken the GAA’s pledge of having no county action in the month of April.

Eyebrows will be raised among the CPA and the clubs because a fortnight ago, new CCCC Chairman Ned Quinn guaranteed that NO county games would be played after April 1st, the date of the Div 1 and Div 2 finals. The decision also goes against the ‘grain’ of outgoing Ard Stiurthoir (Chief Executive) Paraic Duffy in his final annual report at the end of February, when he said, “Ring fencing the month of April for club fixtures is crucial in allowing counties to make a good start to their club programme for the year.”

There is a feeling abroad already that the GAA’s priorities lie with the seemingly more lucrative Div 1 and Div 2 with the Third and Fourth Division counties rarely given television coverage.

It has long been mooted by many to scrap the Divisional FInals, as the best team in any League DIvision is the team which finishes top of the seven game league programme. If that had been applied this season, the encroachment of County games into April would have been avoided.

Div 4 teams have suffered most in the situation as I’m sure Carlow, Laois and Antrim – two of whom will contest the Divisional FInal – will have planned for a full round of club fixtures on the weekend of April 7th/8th.

Those fixtures will now either have to be changed or else go ahead without inter-county players available to their clubs.
A case of double standards, I think, which will have raised anger in some counties and their clubs.