Pearse Og on the cusp of top flight return 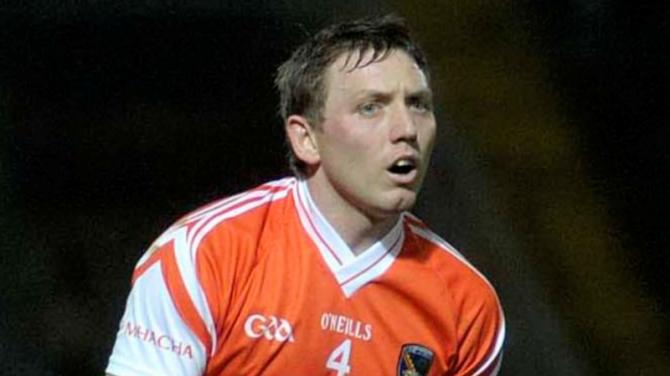 ARMAGH Pearse Og could be on the cusp of making it back to top flight football currently sitting top of the SFL B with just two games left, away to Sarsfields and at home to Clann Eireann.

It would appear that former county player and St Paul’s clubman, Shane McConville, who recently steered Maghery to their first ever senior championship success, has applied the Midas touch in this, his first season managing the city outfit.

From its foundation in Dougan’s Loft at the top of old Navan Street in 1950, the Ogs as they are commonly known, their success on the field stems mainly from the emphasis placed on the development of youth. While off the pitch the dedicated efforts of it’s members have kept the ardent community spirit of the club alive and prospering.

Two years after their founding they met with immediate success by becoming County Junior Champions in 1952, a prominent forward was Pat Campbell of 1953 All-Ireland fame, who switched allegiance the following years to Armagh Harps.

It was a long wait until 1967, before tasting further success being crowned County Intermediate Champions, a title again annexed in 1973.

The backbone of these Intermediate successes was from the club’s first County Minor Championship winning side of 1959, captained by Frank Mallon and managed by Sam Johnston.

However, it wasn’t until the 1980’s and 1990’s that Pearse Og really arrived on the scene winning all before them at juvenile, minor, U21 and senior levels. They won their first County Senior title in 1985 beating city rivals Harps in the final.

Four years earlier they bridged the long gap back to the ‘59 team by winning their first of three-in-a-row minor championships.

Bro Larry Ennis had been at the helm of the senior team from 1984 to 1990 and as well as winning two senior championships he guided the team to two senior league titles in 1984 and 1990. Ogs also has the honour of collecting the Centenary Cup in. 1984.

The new millennium also heralded further triumphs including their fourth county senior championship in 2009. They also contested a number of finals only to come up against the might of Crossmaglen Rangers, who were winning All-Ireland titles.

En route to the 2009 county title Ogs at the quarter-final stage Ogs met Crossmaglen who were in hot pursuit of their fourteenth title in a row but the city side produced a controlled and powerful display to deny them.

The Ogs have been blessed with many great footballers including Ronan Clarke, Ger Houlahan, Brian and Kieran Hughes, Andy Mallon, Colin and Feargal Harney,Paul Grimley, Paul and Anto Duffy and goalkeeper Ciaran McKinney, all of whom have served long terms with their county.

The past number of years have been lean with the club going through a transformation period.

Indifferent league form at the start of the season was anything but inspiring but a recent run of good results has changed all that.

It may be taken the old guard of the Duffy brothers Paul and Anto, Chris Rafferty, Gerard Barton and Marc Cullen to steady the boat but there is now evidence in plenty that many of the younger brigade aren’t that far away from becoming of age.