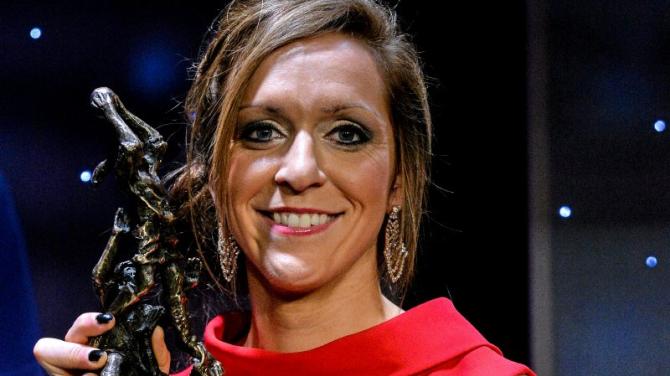 IT would be hard to argue against the proposition that world-class international netballer and Armagh gaelic great Caroline O'Hanlon from Bessbrook has been the Orchard county's Sportswoman of the Decade.

In the course of the 2010s, O'Hanlon has been named NI Sportswoman of the Year and Newry and Mourne Sports Personality of the Year as well as picking up many other individual awards for matches and seasons.

A few months ago, Caroline joined internationally recognisable celebrities like Jessica Ennis-Hill in having her photograph on the front cover of a book about inspiring sportswomen by Lady Mary Peters.

A regular in both the green dress and orange jersey from way back in 2002, she has now made more appearances for either the Northern Ireland netball or Armagh ladies gaelic football teams than any other player in history.

During the decade now branded the 'tens', O'Hanlon played in the Singapore 2011 and Liverpool 2019 Netball World Cups and also shone on court at the Glasgow 2014 and Gold Coast 2018 Commonwealth Games.

She was NI Player of the Tournament in Singapore as the girls in green reached the World Cup quarter-finals for the first time and won the team's only Player of the Match award in last summer's event in England when her stats were outstanding.

O'Hanlon had the honour of being Team NI's official flag-bearer at the opening ceremony of the most recent Commonwealth Games in Australia, reflecting her high standing as a sportswoman.

The NI netballers had only made their first appearance at the Commonwealths four years earlier when O'Hanlon's audacious selfie-collecting hit the headlines and nearly rivalled the exploits of boxer Paddy Barnes at the 2012 London Olympics!

Since becoming captain four years ago, O'Hanlon has led Northern Ireland to an all-time high of eighth place in the world rankings on the back of an outstanding seven-month purple patch.

O'Hanlon lifted her first silverware when NI beat Barbados in the 2017 Quad Series final, which delivered their tickets to Oz, won silver medals at that autumn's Euros and then saw off Wales to qualify for last year's World Cup.

Overall Player of the Tournament at the 2010 European Championships, she was similiarly honoured with the main individual award when Northern Ireland won the Nations Cup in the Far East five years later.

She has won European Championship silver medals twice with Northern Ireland and bronze on a couple of other occasions, including as the Warriors skipper in 2019.

Although Caroline only made her British SuperLeague debut at the age of 29, she has been first choice centre for all three of her franchises during her five seasons so far in the Sky-televised competition.

After two years with Team Northumbria and one with Scottish Sirens, O'Hanlon secured a switch to Manchester Thunder which has proved very successful for both the player and her team.

Having reached the semis in her maiden campaign, last spring O'Hanlon became the first Irishwoman to play in a SuperLeague grand final and played a pivotal role in Thunder's unforgettable trophy triumph.

At club level back home, O'Hanlon has captained Lisburn-based Larkfield throughout the decade, with the team winning six NI Premier League titles and the NI Senior Cup six times, including four domestic doubles.

Having previously captained them through the ranks of Armagh Junior and Intermediate Championship successes, she also skippered her gaelic club Carrickcruppen to three of their four Senior county title triumphs in the past decade.

O'Hanlon captained Armagh when winning her third Ulster Senior Championship medal in 2014 and also led the team to consecutive All Ireland semi-finals as well as back-to-back NFL Division Three and Division Two titles.

She won the second and third All Stars of her career those seasons and was shortlisted a remarkable eight times in the 10 years, taking her total nominations so far to 11, a record for any player from an Ulster county.

Armagh midfield maestro O'Hanlon has made the NFL Team of the League more times than any player from any county in Ireland since the concept's inception in 2009, with eight appearances in the past decade.

Ulster's longest-serving squad member, O'Hanlon won a magnificent seven interpro titles during the tens, the last two as captain, and also received the Player of the Tournament award on a couple of occasions.

During the decade, in which hospital doctor O'Hanlon retrained as a GP, she also returned to Queen's University for a year on their Elite Athlete Programme and played in the Belfast side's O'Connor Cup final defeat of 2014.

Two years earlier, eligible through part-time study, she had been vice-captain of the Irish Students netball team which came fourth at the World University Games in Cape Town.  In the previous decade, as an undergraduate, O'Hanlon lined out for British Universities.

Throughout the tens, O'Hanlon successfully combined playing two sports to the highest level with working full-time or part-time as a doctor, remaining remarkably free from injury issues in spite of an incredibly busy schedule all year round.

Having won 'blues' for soccer and basketball as well as gaelic football and netball while studying for her medicine degree at Queen's in the noughties, O'Hanlon had an approach from the IRFU about a possible switch to rugby sevens ahead of the Rio Olympics.

The multi-talented sportswoman, who had turned down the chance of an international soccer call-up as a student, has more recently passed up the chance to join the exodus of leading gaelic footballers to play Aussie Rules.

There were discussions this summer about moving to Australia to play full-time professional netball but O'Hanlon has opted to remain with Carrickcruppen, Armagh, Ulster, Larkfield, Thunder and Northern Ireland.

Unfortunately there has been no repeat of the 2006 International Rules series between Ireland and Australia, though All Stars tours have provided O'Hanlon with a few overseas trips as a gaelic footballer.

An incredibly committed, durable and talented athlete, O'Hanlon has also had podium placings in several 5K and 10K races at local level though her focus entering this new decade remains on the team sports in which she has had such success.