'Going corona-viral has been surreal' 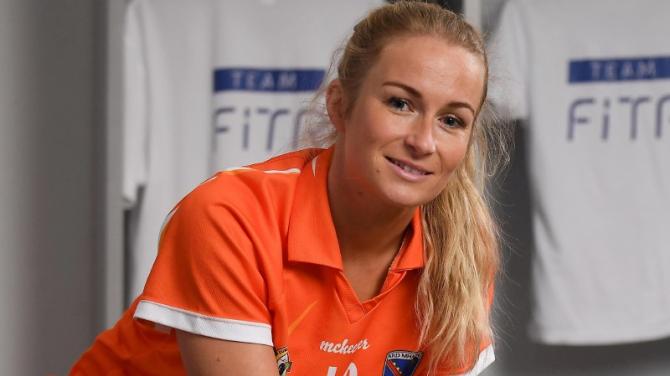 AS a relatively low profile ex-county footballer I’ve been bemused by the amount of interest in me having had coronavirus, but touched by the responses of so many people I don’t even know as well as acquaintances who weren’t aware until the diagnosis became public.

The news, for want of a less pretentious term, broke by chance as was explained in the Gazette’s back page piece of a few weeks ago, with the LGFA’s media man Jackie Cahill finding out when he contacted me about a pilates thing.

With the lack of actual sport creating a vacuum, and coronavirus so topical, the article he wrote about it and made available free for use to all media across Ireland was widely used in newspapers and by a range of electronic platforms.

That had a certain novelty value, though as I was quoted saying in these pages at the time, it seemed surreal I was getting all the attention after a fortnight in bed when my much higher profile best friend Caroline O’Hanlon had been working in the frontline as a doctor!

My phone never stopped for couple of days after the first report appeared, as I was inundated by lovely messages from friends, footballing acquaintances and neighbours both here in Cavan and back home.

Chatting to people I hadn’t caught up properly with in months, maybe years, passed so much quarantine time and boosted my morale at a time when I could have been feeling fearful, lonely or sorry for myself.

Naturally I assumed my story would be a one-week wonder but then Jackie came back to me to do a follow-up video interview, which was widely disseminated and subsequently shared on multiple platforms including the Gazette’s Facebook page.

Even recovered coronavirus victims aren’t immune from banter, and I duly received a message from Richard Bullick referencing my new-found ‘fame’ and suggesting I’d gone ‘corona-viral’, which did make me laugh. Great term!

There’s no doubt that my Covid-19 diagnosis got talked about more than either my sporting profile or comparatively mild symptoms merited, and I certainly haven’t milked the situation, because seeking attention wouldn’t be my style never mind exploiting this.

But because I have, thankfully, made a full recovery, at least it’s a positive story and the most important thing for me is that my initial interview helped people realise symptoms might be more wide-ranging than the cough or high temperature talked about back then.

I know from responses on social media that hearing about how my symptoms proved to be coronavirus helped persuade strangers to take the precaution of isolating and looking to get tested if possible.

Because Covid-19 is so contagious, and potentially fatal for those who contract it, I’m really happy to think that I might have played a small part in saving someone from unintentionally carrying on as normal and spreading this vicious virus to others.

As explained previously, I’d a lot of fatigue and muscle soreness, with my whole body, legs and hips all aching. The evening that I came home from work and took to bed, I decided I must need a new mattress because my back was killing me.

Although I knew that I wasn’t well as such it was only the hype about coronavirus which made me even think about Covid-19 and consider not going to work. My manager agreed on the need to exercise caution and agreed to get me tested.

The cough and high temperature didn’t come until later, and even those symptoms weren’t severe and didn’t last long compared to the tiredness. I also lost taste and smell, which only returned gradually.

I was swabbed on a Wednesday and, with the symptoms progressing, the positive result two days later didn’t come as a surprise. Although I’d consider myself young, fit and healthy and told myself it should be fine, I’d by lying if I said that there was no degree of apprehension.

Thankfully I never felt really, really sick or that I might have to go to hospital but, until you’re through it, there’s a bit of anxiety. You’re quite unwell and being in isolation is a strange experience in itself.

Like most people, I imagine, I’m never much in my bedroom except to sleep, but for those two weeks I was only ever out of it to use the toilet next door. You’re just sitting on the bed or standing next to it, so the time did drag a bit.

I live with two other physios from Cavan General Hospital and two of us had the virus so our housemate Catherine had to look after us. She was constantly checking we were ok and bringing cups of tea to outside our doors and making meals. We were effectively imprisoned, but it was a luxurious jail with a very kindly warder!

After the two weeks, and by that stage feeling better, it was great to get out of my room, just go for walks and build up energy again before returning to work a few days later in acute care at Cavan General, working with in-patients, some of whom are Covid-positive.

I’d never looked forward so much to going back to work and some sense of normal life, for even though things are very different at present, you still have structure and routine and that sense of helping people and doing your little bit as part of frontline healthcare services.

There’s a strong team spirit in the hospital and a sense that we’re all in this together and are there for each other. We’re working hard but it’s good to be back and, when I consider some friends and family members have lost their jobs because of coronavirus, I’m thankful to have employment and be in an occupation I really love.

It’s a challenging time for everybody but morale, maybe surprisingly, is really good and I’d say as staff that we’re actually confident, optimistic and determined, happily pulling together, making sure we’re getting things right and giving the patients the best care.

There’s a great togetherness within the multi-disciplinary teams, with the physios, occupational therapists, nurses and doctors all working really hard together so, this may sound strange, but there’s a really positive vibe.

Outside of work, the wonderful weather right through this until the past few days has been brilliant, and I just love the bright mornings and evenings. You can be outside, go for a walk or just lie on the grass and it definitely contributes to a sense of energy and makes everybody feel better.

As explained in last week’s Gazette, I’ve transferred from my home club Carrickcruppen to Lacken here in Cavan but obviously we can’t train collectively at present and nobody knows what’s going to happen with a season which would have been well underway at this stage.

I always like to be busy and have my days really organised so it has been bizarre having so much time and nothing much to do, though I’ve found that the less you have to do, the less productive you become and it’s harder to motivate myself to do the little things.

Normally I’d look forward to fitting a fitness session into my day and would be well prepared but now it’s harder to get myself to do stuff, so I think I need to just get back to making a bit more of a schedule and sticking to it.

Like every team in the country, we’ve a couple of WhatsApp groups going and they’re active every day with girls posting their workouts and runs or whatever they’ve done as we all try to keep in some sort of shape for the day we can be back together.

We’re encouraging each other because it’s easy to feel like not doing much when we aren’t together and don’t have that extrinsic motivation of a game at the weekend. You try to motivate yourself but it’s useful seeing in the group chats what others are doing.

If you ask the Cruppen girls, I’d have been the person nagging everybody but, with Lacken, I’m trying to be a little less in your face so I’m sitting back a bit until they all get to know me a bit better!

I’d say when the time finally comes, everybody will be early to training and absolutely buzzing. For now, we’re all just thinking and hoping there’s going to be some matches this year and, hopefully, a championship to look forward to. It’s strange for my first year playing club football in Cavan but things are very much up in the air in every county.

There are so many normal things that we take for granted which we can’t do now and playing football is one of them, but some of us in work are also looking forward to going for a few chicken wings and cocktails in one of the bars when we’re allowed!

Thankfully the rest of my family are all well, with no coronavirus scares so far, but I haven’t been with them for what feels like ages, and obviously before being sick, so the biggest treat of all will be when the chance to get back up home to Camlough and see everybody.

I’ve seen them lots on video but I really miss the physical contact and the hugs. Maybe because I’m a physio and used to being hands on, but I’m a very enthusiastic hugger and there’ll be plenty coming from me for family and friends when this has passed. And no more talk about my over-publicised brush with coronavirus will be a relief for all of us!