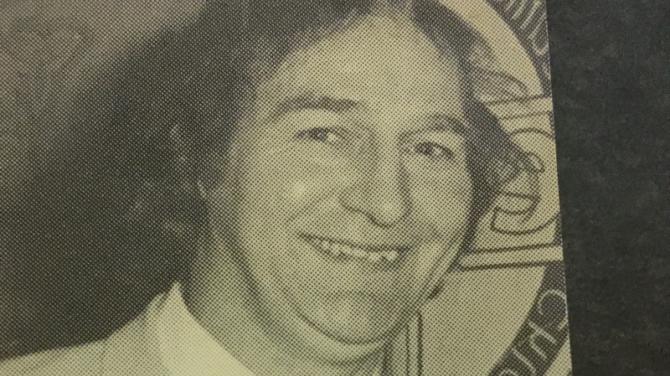 ARMAGH has produced many colourful players down through the years, done more so than the one and only Larry Kearns, writes Joe McManus.

As well as donning the famous black and amber colours of his beloved Crossmaglen for an amazing 26 seasons, Big Larry, also served his county with distinction. The highlight of his Armagh career was playing in the 1977 All-Ireland final against Dublin. In the Ulster final against hotly fancied Derry, Larry scored one of Armagh’s three goals as the Orchard were crowned provincial kingpins for the first time in 24 years.

He was aged only 15 when he made his debut with Cross going on to win eight senior championship medals having lined out in 12 county finals.

In the ‘77 All-Ireland semi-final, Armagh defeated Roscommon, his father’s native county. Victory only came after two hard fought games, Armagh edging through by a single point in the replay.

Larry served his county at all levels and was a minor for four years, indicative of his early potential.

Colm McKinstry, winner of 10 club championship medals with Clan na Gael and who played in the ‘77 final along Larry has an amusing little story to tell about the Crossmaglen legend.

“In one of the games against Roscommon, Larry had lost a tooth in a tussle and when play was at the opposite end of the field, he seized his chance to discreetly scan the ground in a bid to find his tooth.”

One of the most spectacular catchers of a ball, not alone in his native county, but nationwide, Larry Kearns will always have a special place in the hearts of Armagh GAA followers who had the pleasure of seeing him perform at both club and county level.

He will go down in history as one of the greats in Armagh GAA history, and rightly so.