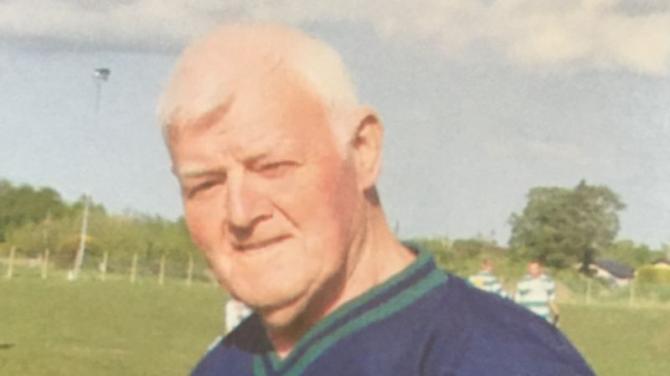 THE most noticeable absentee from the Sarsfields’ dugout in 2010 was their long serving physio Jimmy McDowell, writes Joe McManus.

After over thirty years as part of the High Moss senior backroom team Jimmy had decided to call it a day.

He had been with the team through thick and thin , from Senior Championship success, to the Third Division and back to Division 1.

Prior to the team setting off for the Intermediate Championship final in 2010, Jimmy boarded the coach to offer a few words of encouragement to the players. As he presented a new match ball to team captain Mark Reynolds, it was clear that it was an emotional moment for all on board, particularly for those experienced players who had appreciated Jimmy’s involvement over many years.

The late Kieran McGurk knew Jimmy better than most, he was there during Kieran’s long career as both player and manager.

Jimmy was a players’ man, an important member of the team and always had the respect of the players.

He must have had a fairly large trophy cabinet, as the players always insisted that Jimmy was given a medal when the team won anything.

Unlike today when physio’s have all the latest equipment and needs, Jimmy belonged to the old mould. When a player went down injured, Jimmy would have ran out with his towel, ‘magical’ water bottle and spray, a few rubs and that was it.

He had been involved in many aspects of club life, a volunteer of the highest standing. When something had to be done, Jimmy could have been relied on. When Sarsfields won their first county senior championship, beating Armagh Harps in 1990, Jimmy would have not swopped a lotto win for the McKillop Cup on that most memorable day in the club’s history.

His name will always be synonymous with the High Moss, he had a passion for the club that few could have matched.