On-song Shea picks up where he left off 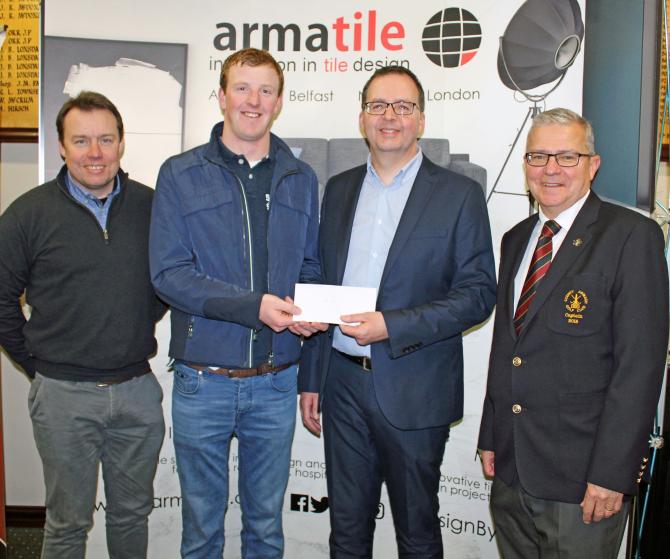 ALTHOUGH the snow and rain of the previous two weekends had mercifully departed, the hardly souls competing in the St Patrick’s Day Open at County Armagh Golf Club still had to contend with biting winds and the resultant perishing temperatures.

Shea Smyth, however, has long since proved himself to be a man for all seasons, and he topped the leaderboard in the Armatile-sponsored event after a peerless 39-point outing.

The three-handicapper was crowned Golfer of the Year last term and, on recent evidence, looks poised for a similarly successful 2018 campaign.

One shot back were Paul McKeown and Gavin McElmeel. Both men posted excellent 38-point totals and were separated into second and third place respectively on a break of tie.

Meanwhile, in the ladies’ section, Jacqueline Kelly triumphed with a pleasing 30-point showing.

That score was matched by Ellen Brady, who had to settle for a runner-up berth on account of her inferior homeward nine.

The irrepressible Smyth was in the prize mix again 24 hours later, when his 37 points secured second position in the Club Stableford competition on Sunday, March 18.

On this occasion, though, he was bettered by Michael Cullen, who returned a fine-looking 39-point scorecard.

Like Shea, the 11-handicapper will hope that this victory is a portent of further good things to come in the next six months.