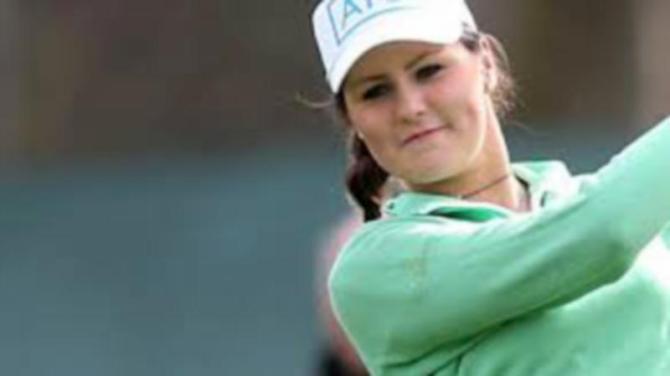 THE inaugural Olivia Mehaffey Trophy was played on Saturday. The format of the competition was teams of three men and one lady or three ladies and one man. The competition was in aid of the Captain’s charity ‘Daisy Lodge’ and was sponsored by the Mehaffey family ‘Stylish Living Design’.

The winning team were James Magee, Richard Hylands, John Weir and Lorraine Magee. They scored a great score of 102 points counting two scores on sixteen holes and three scores on the ninth and eighteenth hole. In runner up spot were Patrick Farrell, Ciaran Campbell, Eamon Magee and Vera Brady with 96 points winning the prize on the countback.

The Saturday morning stableford competition was won by Neill Cooke with 40 points playing off a handicap of 5. In runner up spot was Dill Lennon with 38 points winning the prize on the back six countback. Greer Geddis won third prize also with 38 points. Dill scored 12 points on the last six and Greer scored 11 points.

The Jubilee Rose Bowl sponsored by M Girvan & Sons was played on Sunday. The winner was Garry McWhirter with 42 points playing off 28 handicap. Joel Good was runner up with 41 points. Paul Moody and Gerard Guy both scored 40 points and Paul won third prize on the back nine countback with 19 points. Gerard scored 17 points on the back nine.

The Myrtle Nelson Memorial competition was played on Thursday. Barbara Ward won with 72 nett and in second place was Cherry Spiers with 74 nett. The best 36 handicap prize was won by Elaine Hunter.

The Fred Daly team travelled to Moyola Park on Saturday. The team won three matches of the five played and have a strong advantage going into the return leg which is scheduled for Friday 29th June. The top two players Edward Rowe and Peter Taylor were both beaten on the last hole. Peter Taylor, Jamie Donaldson and Ross Taylor all won their matches.

The All Ireland Fourball team captained by Colin Wallace travelled to Faughan Valley Golf Club on Sunday to play the first leg of the match. They were successful in winning one and a half matches. Club captain, Joe Campbell and Ciaran Campbell halved their match, James Brannigan and Brendan Mallon won their match on the seventeenth. William Gillespie and Eddie McClenahan brought their match back from three down to loose on the last hole. The other two pairings of Philip Mehaffey and Des Edgar and Terry Goward and Robert Maguinness lost their matches. The return match is on Sunday 1st July.