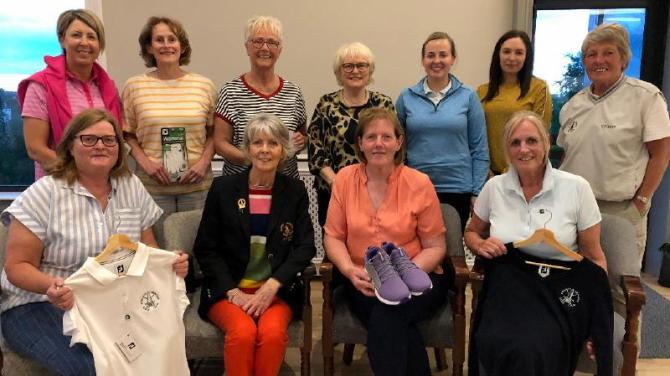 FORTY-SEVEN ladies played 18 holes in the PGA Tankard Stableford competition on Thursday 23 May, which was very generously sponsored by Co Armagh’s Club Professional, Will Carey.

A further 17 ladies played in the 9 hole competition. The competition standard scratch was 70.

Mrs Moya Brady, Lady Captain, welcomed a large number of ladies to prize-giving and presented the prizes on behalf of Will, who had tendered his apologies.

Maggie will represent Co Armagh Ladies’ Branch in the Ulster final of the PGA Tankard later in the year, playing alongside the male qualifier and the Club Professional.

The remaining prize winners were:

For the second week running, Colette McAleavey won the Front 9, again with 20 pts, and June Humphries won the Back 9 with 19 pts.

Tish Burke won the 9 hole competition with 21 pts and Rita Grimley was second with 19 pts.

Birdies - Alexandra Mawhinney at the 5th; Paula McCrory at the 6th; Bernie Rice and Emma Garrigan at the 12 and Maggie McKee at the 10th and 12th.

2s - Bernie Rice at the 7th; Paula McCrory at the 9th and Fionnuala Quinn at the 11th.

The draw for the Charlemont Salver Matchplay tournament was conducted during the evening, by Lady Captain Moya and Helen Forster, Charlemont Arms Hotel.