McMeekin in Stu-pendous form to top standings at Tandragee 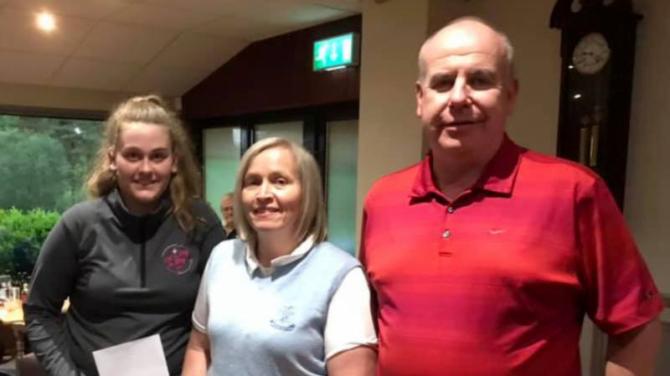 The winner of the trophy was Stuart McMeekin with a great score of 47 points. Mark Whitten scored 43 points to finish second and in third place was Mike Boyd with 41 points.

Mike was the best of three players who returned 41 points with 21 points on the back nine.

The Gross prize was won by Paul Topley with 35 points and Winstan Yeman won the yellow block prize with 32 points.

Luke scored 40 points to win the competition by one point. In second place was Paul Whitten with 39 points and Gary Mallon finished in third place with 38 points.

Carol Gillespie was runner up with 36 points and Kathryn Moorhead was third with 35 points.

The competition was sponsored by Adrian Maney.