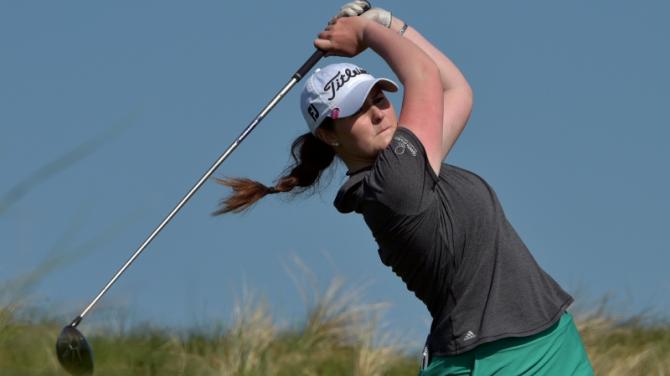 LOCAL ace Olivia Mehaffey had an eventful Easter, finishing in the top 10 of the second Augusta National Women’s Amateur, a showpiece occasion graced by the world’s best non-professionals.

And it might have been even better, for on Good Friday the 23-year-old student of Arizona State University, where she is completing a Masters, had shot a magnificent second round 69 on the par 72 course, thereby putting herself right in contention.

And when her final round began with a magnificent front nine, witnessed by a birdie the on the 2nd, followed by a back-to-back pair on the 7th and 8th, things were looking very promising indeed.

But with every contender in what was a highly-competitive field aware of the threat posed by woman who has dual membership of Tandragee Golf Club and Royal County Down, the figurative wheels came off the metaphoric cart.

Straight after that exquisite brace of birdies on seven and eight, she shot bogeys on the 9th and 10th and then a double-bogey on the 12th after an expensive visit to the notorious Rae’s Creek.

Even after that gut-wrenching 9th to 12th run which saw her drop those four shots, she was still in the hunt for a play-off place. Indeed, she would have made that had she managed to birdie the 18th.

It was not to be, for having landed in the fairway bunker she was unable to save par. As a result she finished with a +3 tournament round of 75, two strokes behind the leading pair Emilia Migliaccio and Tsubasa Kajitani.

And it was the latter who won the play-off by rolling in a four-footer to clinch the title.