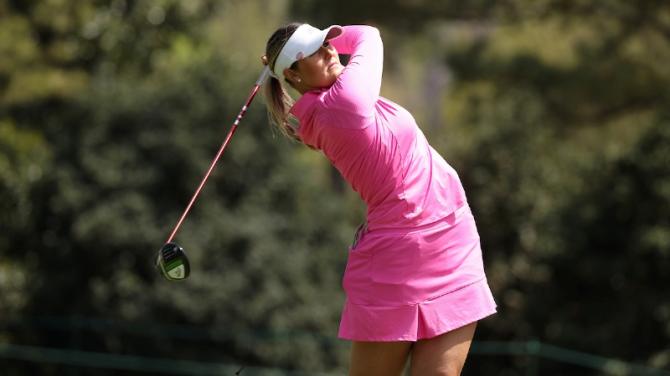 The Arizona State University Senior will make her debut on the Symetra Tour’s Mission Inn Resort and Club Championship in Orlando in three weeks’ time.

The 23 year old will turn professional after she aims to win a second NCAA title with her Arizona State teammates.

Speaking of her amateur career to date, “I am so grateful for all the amazing experiences I have been fortunate to have in my amateur career.

“Without the support from Golf Ireland, ASU and my family none of it would’ve been possible so I am forever grateful. My amateur career has made me proud in many ways and I am happy to have accomplished many things.“

Olivia has enjoyed an illustrious amateur career, having reached third in the World Amateur Golf Rankings whilst achieving multiple representative honours for Ireland as well as two Curtis Cup and Palmer Cup appearances and selection for the GB&I Vagliano Trophy team.

Olivia is no stranger to major appearances having been in contention at the most recent Augusta National Women’s Amateur which was televised globally, where she finished two shots back She has also competed in three British Opens, two US Opens and one ANA Inspiration.

Speaking ahead of her professional debut, Olivia said “I now feel ready to take the next step in my career and I have been looking forward to this day since I was a young girl!“

Olivia intends to play tournaments in both the US and in Europe through sponsor invites until she heads to Q-School in August with the aim of gaining full status on the LPGA Tour.