The Rokeby Lecture and Jonathan Swift 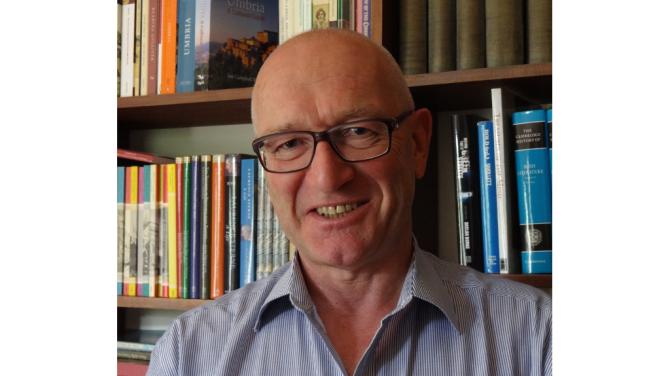 ARMAGH  Robinson Library will hold its fourth Rokeby Lecture on Thursday 23 November 2017 at 7.30pm in the Library’s Long Room. Professor Ian Campbell Ross will speak on ‘Jonathan Swift at 350’, as part of Armagh’s Georgian Festival.
Ian Campbell Ross is Emeritus Professor of Eighteenth-Century Studies and a Fellow Emeritus of Trinity College Dublin.
His publications on eighteenth-century Irish and British literature include Locating Swift: Essays from Dublin on the 250th anniversary of the death of Jonathan Swift, 1667-1745, Swift’s Ireland, and many essays on Swift in books and journals.
In June this year, he was one of the organizers of the ‘Swift350’ conference at Trinity College Dublin.
Speaking ahead of his lecture, Professor Ross said, “Throughout the world, Gulliver’s Travels is the most widely read book ever written by an Irish writer. This year marks the 350th anniversary of the birth of its author.
What appeal does Swift retain for those in universities worldwide, who devote years of study to the man and his works, and for those in twenty-first century Ireland who know Swift only by name? This year’s Rokeby Lecture will suggest Swift be celebrated, both as one of the great writers of world literature, and as an Irishman who, in founding St. Patrick's Hospital, Dublin, made a distinctive and enduring contribution to Irish society. ”
The Keeper of Armagh Robinson Library, the Very Revd Gregory Dunstan, said, “Jonathan Swift knew Co. Armagh through his friendships with the Acheson family of Gosford and the Copes of Loughgall.
“The 350th anniversary of his birth has been marked by events in places as different as Dublin and Dundee. The Library has Swift’s own copy of the first edition of Gulliver’s Travels.
“We are delighted to welcome Ian Campbell Ross to speak in the presence of the book that bears the marks of Swift’s own hand.”
The Library is grateful for the support of Armagh City, Banbridge and Craigavon Borough Council for this event. Admission is free, however, pre-booking is recommended.
Please contact Armagh Robinson Library by telephoning 028 37523142 or by e-mailing: admin@armaghrobinsonlibrary.co.uk