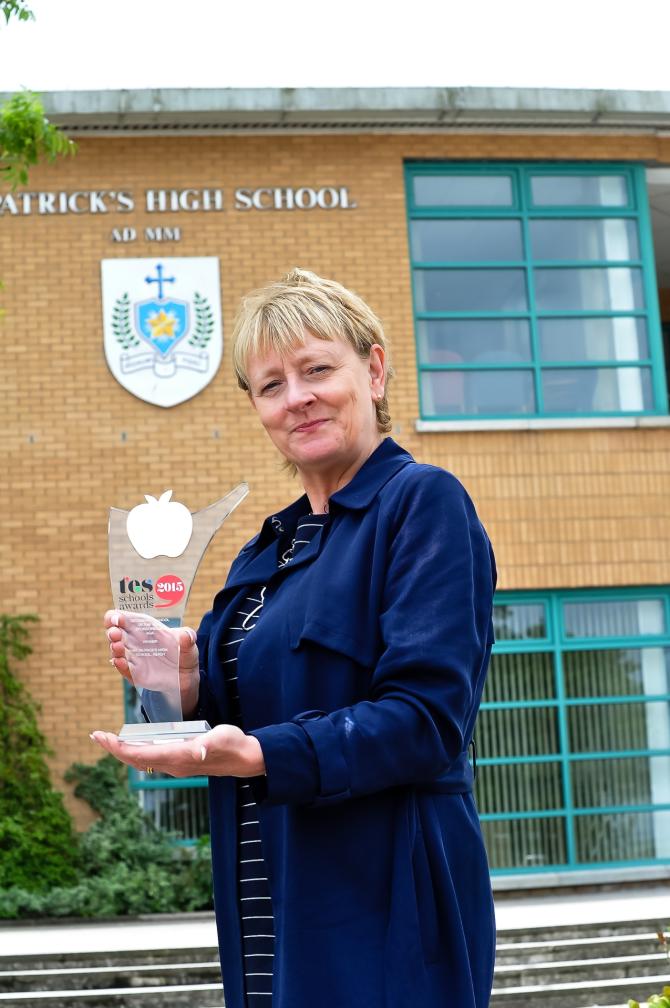 THE  PSNI is investigating claims that a series of anonymous harassment letters were sent to a secondary school principal who has said the “vicious campaign of bullying” has left her no choice but to resign from her post.
Ms Patricia McGuckian, Head eacher of St Patrick’s High School in Keady, announced her formal decision to leave the school last week.

She said that she had endured a “vicious campaign of bullying and harassment” for the past “16 months”. "My own health and that of my family members has suffered as a result,” she said.

The Ulster Gazette made an attempt to speak to Ms McGuckian directly at St Patrick’s High on Monday, however, the paper was subsequently informed that she “no longer” worked there.

It is understood Ms McGuckian, who arrived at the secondary school in 2011, reported the letters to police earlier this year. The letters are now centre of a police probe, with Armagh Inspector, Kieran Quinn confirming an investigation is underway. “Police are aware of this matter and enquiries are ongoing,” he said.

In January the Gazette received an anonymous letter in relation to alleged issues at St Patrick’s however we declined to publish it for legal reasons.

Meanwhile, the chair of the school’s Board of Governors, Brian Hughes is reported to have told BBC NI that Ms McGuckian made the decision to step down as principal independently. “I can state categorically that there was no pressure whatsoever put on Pat to resign,” he said. Attempts by the Ulster Gazette to reach members of the board for further comment had not proved to be successful as the paper went to press.

In January the school found itself at the centre of an alleged cheating scandal in relation to a number of GCSE exams taken during the summer of last year, and it is understood that the findings of an investigation conducted by exam board, CCEA is to be presented to the Board of Governors and the Council for Catholic Maintained Schools in due course. Ms McGuckian had previously said that her resignation was due to the letters, and not the exams’ probe.